Actor Ryu Duk Hwan and actress Park Ha Sun added fuel to the rumors about the two being in relationship, after they were spotted together in Singapore.

When the dating rumors first appeared, both agencies strongly denied them, saying: ‘The two of them are merely close friends” and “They visited Singapore with eight of their acquaintances.’

However, many reports and pictures of them spotting together, started to come out from Singapore.

The agencies stated: ‘Park Ha Sun’s relative lives in Singapore, so they went to visit with friends. We plan to check whether or not the person in the photo is really the correct person, but in the meantime, we ask that everyone refrain from blowing this out of proportion.’ 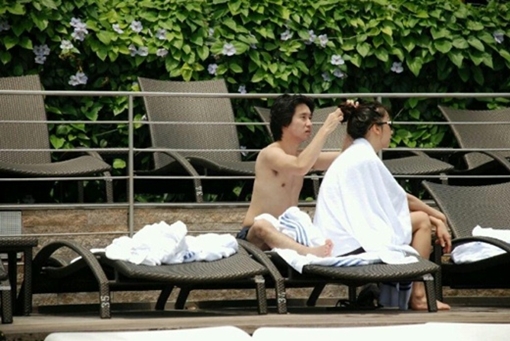