Wanna One’s Park Jihoon is prepping for his upcoming solo album ‘O’Clock’. Maroo Entertainment released his debut date that will be on the 26th of March this year. The dates and everything that will be slowly released are coming up! Take a look at the schedule below! 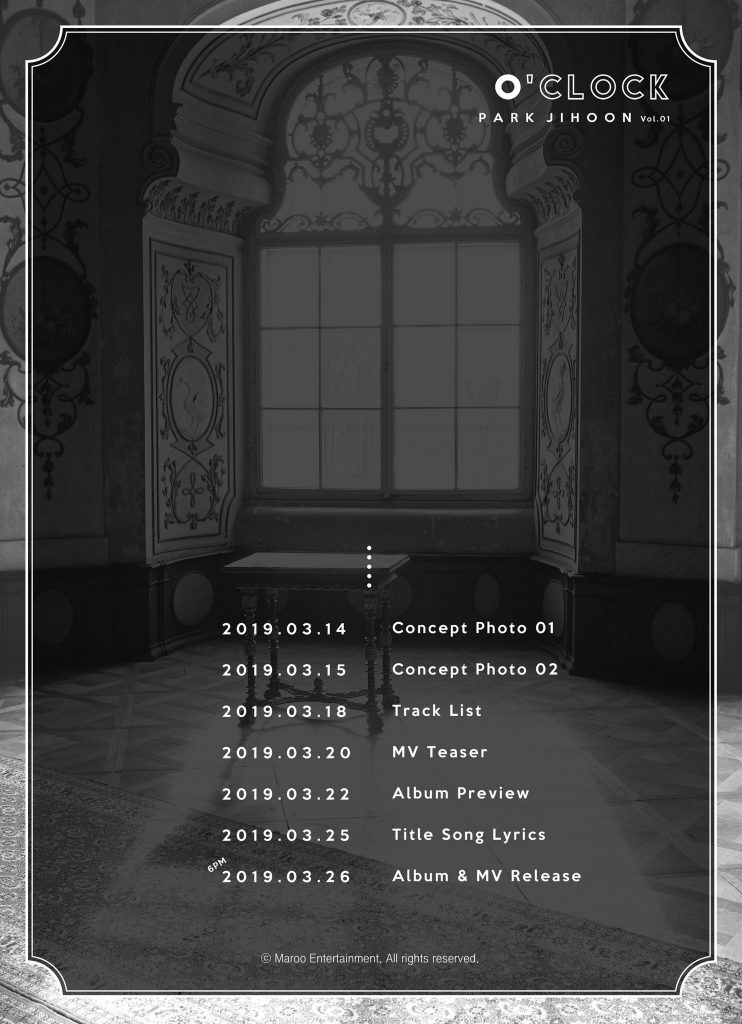 Are you looking forward to Park Jihoon’s solo debut and album? Let us know in the comments below!

Scroll for more
Tap
Meet Alphabat in Europe during concerts, fanmeetings and workshops
Get your tickets for SF9 in Europe!
Scroll
Loading Comments...