Minhyu, Park Shin Hye, and Hyungsik Promotes ‘Heirs’ in their Uniforms on Twitter

Minhyu, Park Shin Hye, and Hyungsik Promotes ‘Heirs’ in their Uniforms on Twitter

On October 30, Minhyuk uploaded a collage of him with his ‘Heirs’ co-star Park Shin Hye.

The two were posing cutely in their shot while wearing their uniforms on CNBLUE’s official Twitter. The two looked unbelievably like childhood friends. He updated with the quote, “Whether it’s because  people look alike… if they love each other, childhood friends Eun Sang and  Chan Young look good together. Eun Sang, never admits defeat. To the heirs!  Everyone, I will make sure to check whether you watch the seventh and eighth  episodes of ‘Heirs’.”

Minhyuk and Park Shin Hye weren’t the only cast members who shared a photo, Hyungsik also shared a photo of him winking into the camera posing with  V-sign over his open eye while he was in his uniform as well. Along with the photo he tweeted, “Hey!  Today is the day they show ‘Heirs’. Ha ha however, it’s  also the day I practice for the concert. Yo! Peace! ZE:A have their exclusive concert at six in the evening at  the SK handball gymnasium on November 23 good good! Hope a lot of you come!  Heh.” 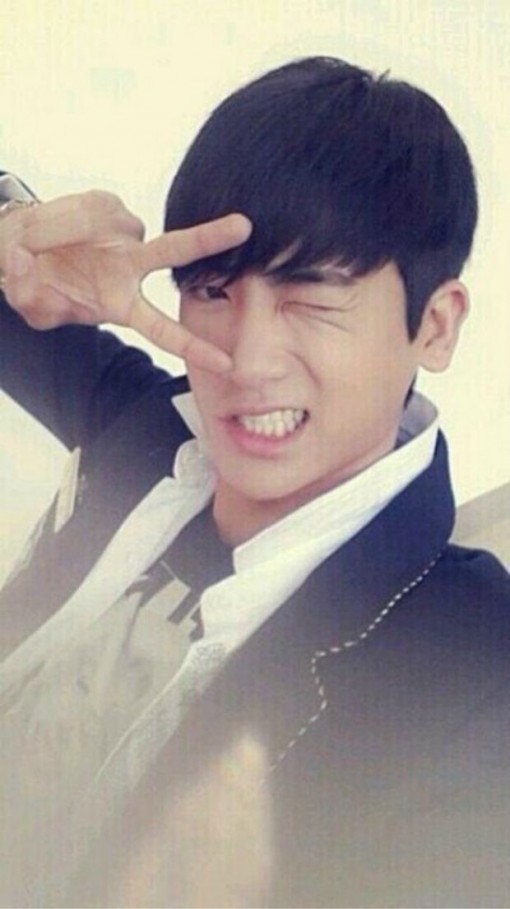 Be sure to check out the latest episode of ‘Heirs’!

Scroll for more
Tap
Is There a Blooming Bromance Between G-Dragon and Jung Hyung Don?
K.Will Tops the U.S. Billboards and the K-Pop charts ‘Hot 100’
Scroll
Loading Comments...