Park Shinhye‘s exclusive photos taken from her romantic photoshoot with Instyle Magazine were revealed in their Christmas issue.

One of the photos, Park Shinhye is wearing a yellow knit top with white shorts, giving off a very youthful vibe. The other photo she is only wearing long cream knitwear with socks while still showing innocence towards the camera.

For the Instyle Magazine Christmas issue, her fellow actor Yoon Siyoon participated in a separate shoot for the issue, but his photos have not been released to the public yet.

Park Shinhye and Yoon Siyoon will be co-stars on the upcoming tvN drama “Flower Boy Next Door“, which airs on January 7th. 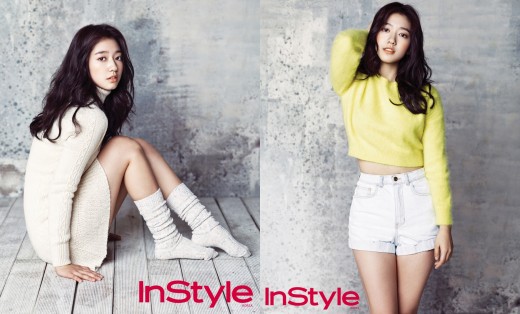 Scroll for more
Tap
After School’s Lizzy Wishes Everyone an Early Christmas
JYJ’s Jaejoong’s Fans Donated Around $10,000 to Charity
Scroll