On the 16th solo artist Penomeco released the full track list for his upcoming EP album ‘Garden‘. The album will be released on Thursday the 20th at 6PM KST. 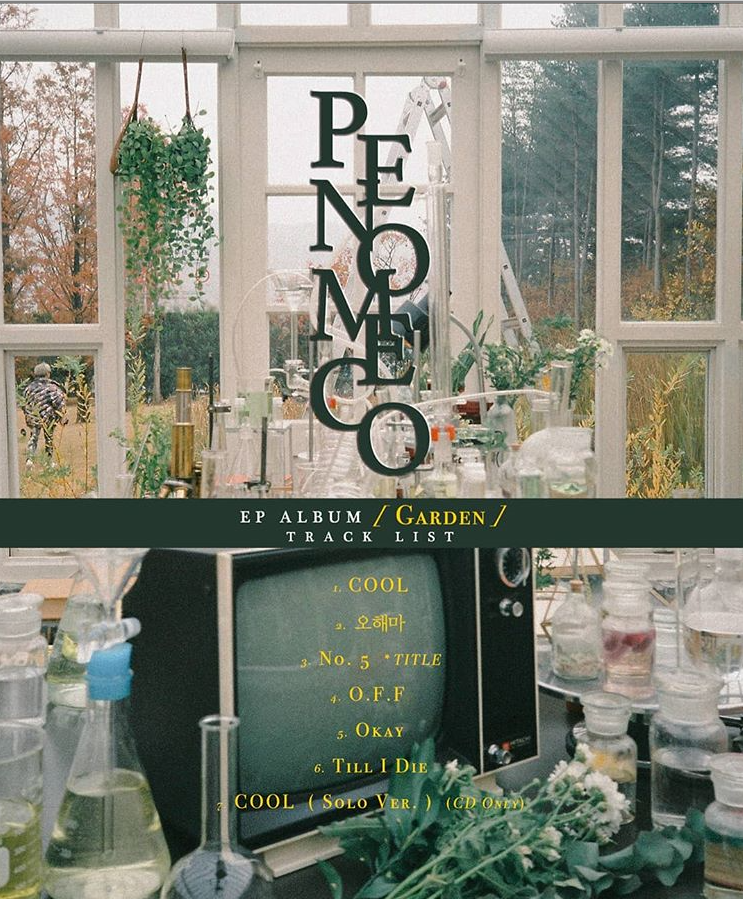 The album consists of seven tracks with a special track only available on the CD. The first track is ‘Cool‘ followed by ‘오해마‘, ‘No. 5 *’, ‘O.F.F‘, ‘Okay‘, ‘Till I Die‘. ‘Cool (Solo ver.)’ is the special track that will be on the CD only. ‘No. 5*‘ is the title track of ‘Garden‘. In the track list photo, an old television can be seen. It is seen amongst various beakers implying that it is in a science lab. However, outside the glass windows, beautiful green scenery can be seen. Penomeco is also seen outside.

Penomeco is a singer-songwriter currently under Million Market.

Will you be supporting Penomeco for ‘Garden‘? Tell us in the comments below!