Pentagon Continues With Their Edgy Teasers!

Pentagon Continues With Their Edgy Teasers!

Keeping to their schedule, Pentagon has released a slew of teasers in the past four days alone. The last time we got a look at some group teasers and the start of the individual ones. One thing that’s new this time is that a small video snippet accompanies each member’s individual teaser.

But first, let’s take a look at the track list for their 2nd mini-album, ‘Five Senses‘. The title track this comeback is ‘Five Senses’, and is accompanied by four other songs; ‘Engine‘, ‘Pretty‘, ‘Undo‘ and ‘It’s Okay To Not Wake Up‘. 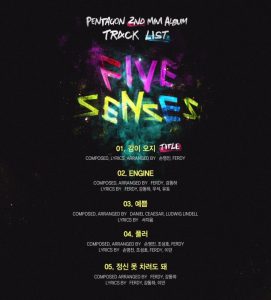 Following these, we got individual teasers for two more members; Woo Seok and Jin Ho. Like Yeo One, the concept photos were close-ups and video snippets focused on each member during the music video filming. Differing from each other, Woo Seok took on a fierce look while Jin Ho portrayed a more pensive look in his side-profile shot.

Check out the photos and snippets below: 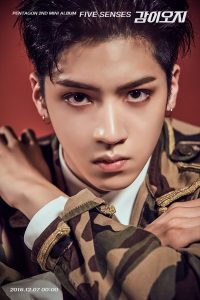 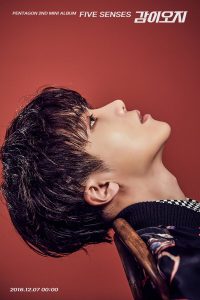 Finally, we return to the album itself and the audio snippet teasing the 5 tracks. Instead of the usual slideshow of teaser photos with the audio overhead, this time the snippet is more simplistic with title cards. Pentagon hasn’t strayed too far from their original Hip Hop/ EDM sound, but there’s definitely a new feeling to the tracks on this album. From the first listen alone, ‘Engine’ and ‘It’s Okay To Not Wake Up’ promise to be sure favorite non-title tracks.

Listen to the snippet below:

‘Five Senses’ is set to drop on December 7th at midnight KST. But there are still loads more teasers to come, including one for Pentagon’s first concert!

What do you think of the teasers so far?

Stay with Officially KMusic as we keep you updated on the latest Pentagon news!