PENTAGON had recently announced their comeback and dropped their first image teasers. To get fans even more hyped, they have revealed the comeback schedule! This will be for their fourth mini album, ‘DEMO_01‘. So, check it out below! 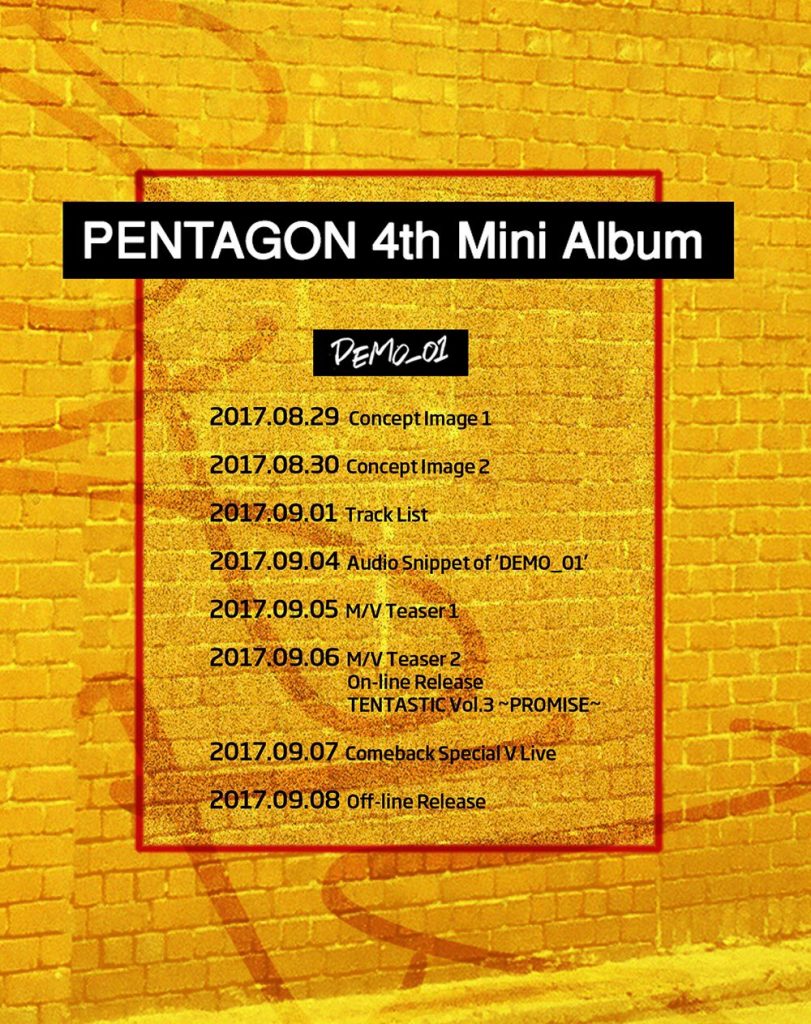 PENTAGON has a lot prepared for the fans! It begins with concept photos dropped on August 29th and 30th. It will continue on with the track list on September 1st, followed by an audio snippet on September 4th. There will be two music video teasers dropped on September 5th and 6th.

There will be an online release of ‘TENTASTIC Vol.3 ~Promise~‘. Finally there will be a comeback special V Live on September 7th!

Finally, PENTAGON will make their comeback with ‘DEMO_01‘ on September 8th! Are you excited for what the boys will be preparing? Let us know in the comments below!

Meanwhile, PENTAGON will also be attending KCON 2017 Australia! It definitely will be exciting to see whether or not they will be performing their new tracks.

If you don’t have your tickets to KCON 2017 Australia yet, it’s not too late to get them!  Just head to the Ticketek website for the latest availability and ticket pricing.  There is still availability for Combo and Single Day tickets.

Plus, you can follow our KCON Australia event page to ask us questions, and stay in the loop when anything KCON drops between now and September.