PENTAGON party it up in their ‘Do or Not’ comeback MV! 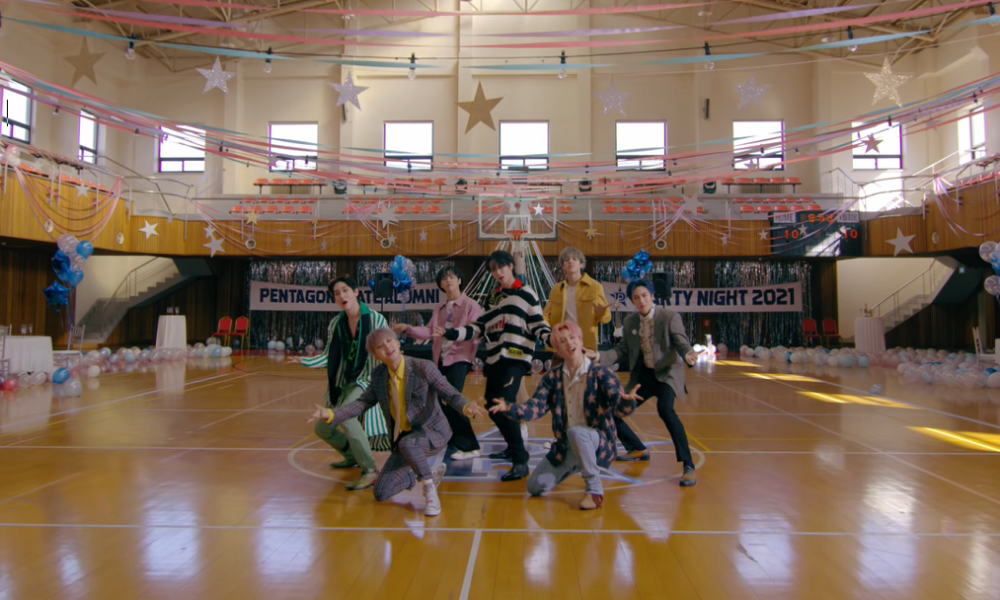 PENTAGON party it up in their ‘Do or Not’ comeback MV!

On March 15th, Cube Entertainment boy group PENTAGON returned with the MV for their new title track ‘Do or Not’. The song features on their simultaneously released 11th mini album, ‘Love or Take’. Check out the group’s MV down below!

Opening with an unexpected acapella and vocal harmony, the song follows the vein of refreshingly carefree tracks in their discography such as ‘Shine’ and ‘Naughty Boy’ but ties it in with a rock filled chorus, brighter but in the sound landscape of their previous title track, ‘Daisy’. Lyrically they sing about their lover but show an indifferent attitude towards whether the supposed other likes them or not.

Watching the MV, it opens with the group sitting on the couch with a girl in the centre. Watching themselves on TV, the girl abruptly stands and leaves the room to the attention of the boys. We swiftly move to a school hall where decorations are already up for a celebration as the guys (dressed in bright pink suits) take turns to dance with the one woman. By the second refrain, the octet are rocking out in their living room, demonstrating their easy attitudes. The girl then isn’t in any other scenes after, leading to individual shots of the members seemingly at a loss without her. However, the MV comes to a festive end as the group dance around the hall now dark with party lights on. The final scene reverts the group back to watching the end of their MV on the TV as it is switched off.

This comeback marks the group’s return from 5 months ago with their 10th mini album, ‘WE:TH’ which featured the emotionally heavy ‘Daisy’ as its promoted title. In February this year, following Jinho, member Hui became the 2nd member to enlist in the military for compulsory service. Thus leaving the group to perform as 7 members for this comeback.

PENTAGON’s 11th mini album, ‘Love or Take’, with their title track ‘Do or Not’ is available now. This mini album also contains a special solo track ‘Boy In Time’ by the leader and producer of the group for fans.

How do you feel about the boy group’s return? Let us know in the comments below!

Scroll for more
Tap
Boy group ASTRO are gearing up for their imminent comeback!
WEEEKLY hang out ‘After School’ in their cheery comeback MV!
Scroll