PENTAGON unveil the tracklist for their upcoming mini album ‘SUM(ME:R)’!

PENTAGON unveil the tracklist for their upcoming mini album ‘SUM(ME:R)’!

Pentagon have released the tracklist for their upcoming album ‘SUM(ME:R)’! 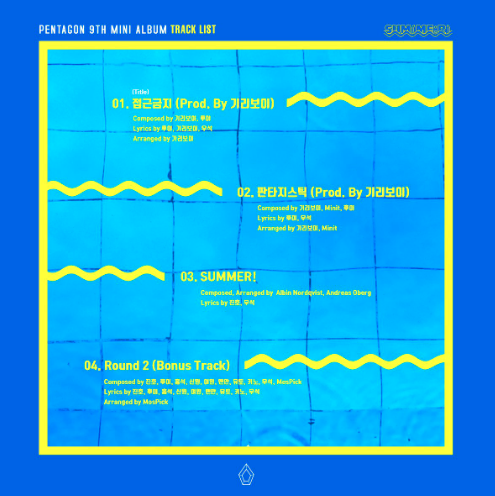 The boys’ ninth mini album will consist of a total of four songs, including ‘Off-Limits’, ‘Fantastic’, ‘SUMMER!’ and a bonus track titled, ‘Round 2’. Fans are highly anticipating the comeback as the members look to have participated in the making of the album. ‘SUM(ME:R)’ is set to drop on the 17th of July, 6 PM KST.

Are you excited for Pentagon’s comeback? Let us know in the comments below!

Scroll for more
Tap
GWSN drop release schedule for ‘The Park in the Night Part Three’
1TEAM give fans a taste of second mini album ‘Just’ in highlight medley!
Scroll