Primary has drop the tracklist featuring many great artists!

Primary has drop the tracklist featuring many great artists!

Primary has dropped a fine list of featuring artists for his upcoming mini album! All these artists have a beautiful vocals and fans are super excited for this album. So, check out the track list for ‘POP‘ below! 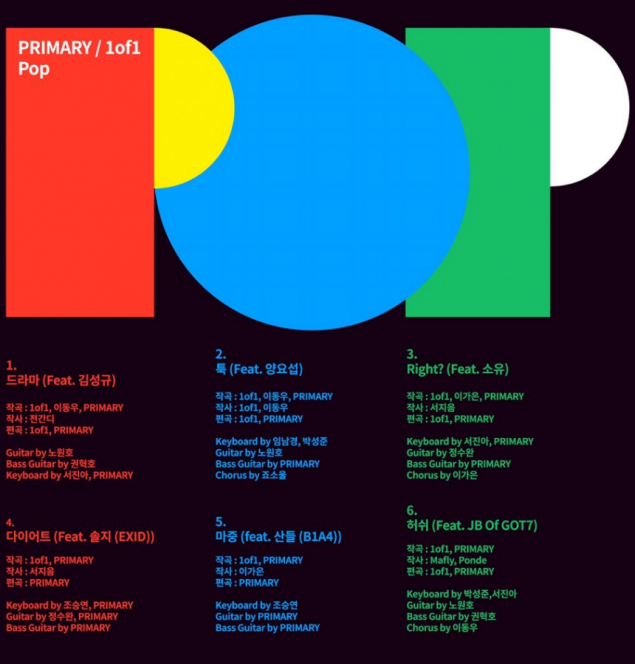 ‘POP‘ has a total of six tracks. The title track will be ‘Drama‘ which features Infinite‘s Sunggyu. It will be quite exciting to see how this track will sound like. The next track is ‘Took‘ featuring Highlight‘s Yoseob. Another great vocalist and fans can’t wait for his soothing vocals.

Former SISTAR‘s Soyou is the next on the featuring list, with the track ‘Right?‘.  EXID‘s Solji is also featured in this album for ‘Diet‘. Meanwhile, B1A4‘s Sandeul will be featured on ‘Greet‘. Finally, the final track, ‘Hush‘ features GOT7‘s JB! There are so many great vocalists on this album. Are you excited to see how this album will turn out?

Primary will be back with ‘POP‘ on August 30th! Which track are you looking most forward to? Let us know in the comments below!