In light of the recent fan complaints that G-Dragon’s ‘Kwon Ji Yong’ USB album was defective due to the red ink coming off, YG Entertainment has issued an explanation.

In a statement, the label has explained that “It was intentional for the red ink to stain on the USB in order to give the impression of G-Dragon’s DNA and being inside a mother’s womb.”

YG Entertainment continued, “Some users, not knowing the intention of the USB, claimed that ‘The ink rubs off from the USB album’, and that ‘It’s defective’.”

“However, it’s clear from the image revealed on the album sale site that the colour is not permanent, and the scratches are also meant to be there. We also issued a notice before the USB album went on sale that the product may scratch easily, as well as that the colour may fade. Previously, when we mentioned facing difficulties with the USB album’s production, this was the reason.”

The label also revealed photos from the production stage of the USB album, adding, “We realized that we could only produce the effects G-Dragon wanted by colouring the red ink onto the albums by hand, as well as marking the vintage scratches by hand. It also took a long time to perfect the system in which we are not just simply selling a USB with music on it, but a specialized item complete with unique links to access a variety of contents.” 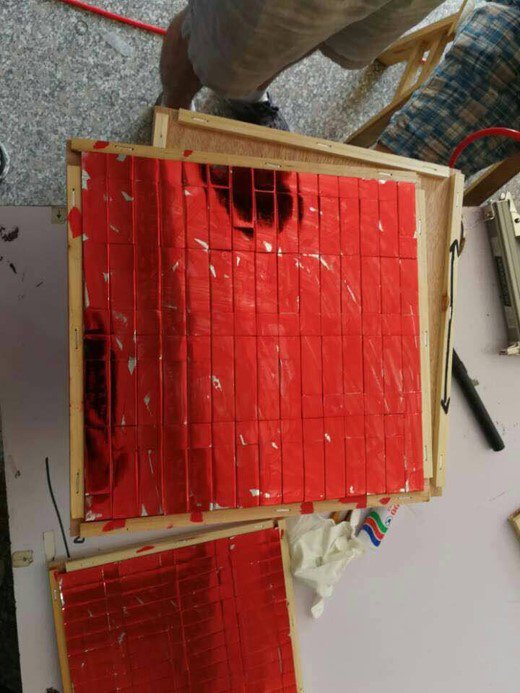 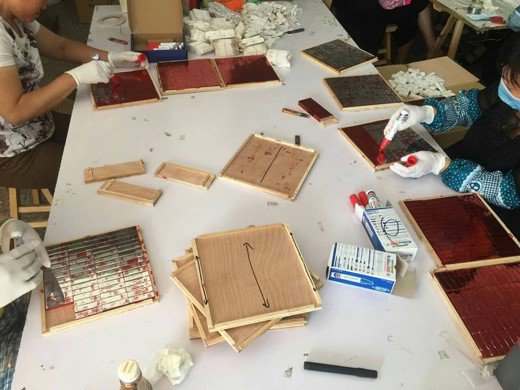 “Through the content that has been provided on the USB, fans will be able to see a different version of the ‘Untitled, 2014’ MV, as well as MV making films, and more.” YG Entertainment finished.

So, that means ‘Kwon Ji Yong’ is a real, hand-made piece of art!

What do you think of the red staining of G-Dragon’s ‘Kwon Ji Yong’?

Keep up to date with the latest in the world of K-pop with Officially Kmusic.