The three and a half hour long finale saw the final 20 trainees whittled down to the eleven debuting members of new boy group Wanna One!

Livestreamed across the world, the final episode of Mnet‘s second installment of the highly popular survival reality show started with a special performance of the show’s opening theme ‘Nayana (Pick Me)‘. After this the host, BoA, announced that the final 11 trainees would be debuting under the name Wanna One, a play on the program’s title.

The top 20 then split into two teams to perform two new songs – ‘Super Hot‘ and ‘Hands On Me‘. The audience and worldwide viewers alike waited with bated breath to see which trainees would hold the all-important centre position for these songs, as prior to taking the stage a video was shown of the members of each group voting for who they thought would most suited the role. ‘Super Hot‘ was a fun, upbeat song featuring HOTSHOT member and Ardor & Able trainee Ha Sungwoon as centre. This contrasted with the funky ‘Hands On Me‘ stage, for which C9 trainee Bae Jinyoung held the centre position. Check out both performances below!

After these stages, the top 20 also performed emotional new track ‘Always‘. This song allowed each trainee to sing or rap according to their preferred position, highlighting their talent in their chosen skill. The enormity of the occasion was not lost on the trainees, with Choi Minki, Yoon Seonho, and Kim Samuel among a number of those filmed crying. Watch the heartfelt performance below!

In between the performances, the audience was shown videos of the trainees creating the choreography and practicing hard for the finale, as well as intimate clips of their messages to their parents and their thank you’s to their mentors throughout the competition. The trainees were overwhelmed with emotion as they watched their parents’ reply messages. Some trainees such as Lai Guanlin and Lee Daehwi were even lucky enough to have their parents invited to visit them in person during their final preparations!

A number of famous faces appeared in the crowd at the final stage for Produce 101 Season 2. Alongside a number of eliminated contestants from this season’s competition, the members of I.O.I were watching on having been in the same position themselves little over a year ago. Seventeen‘s leader S.Coups was also spotted in the audience, being from the same company as the Pledis trainees and having trained with Kim Samuel who was initially meant to debut alongside him. Celebrities who couldn’t attend the event in person also showed their support, with BTS member Jimin tweeting his endorsement of Ha Sungwoon, as seen below: 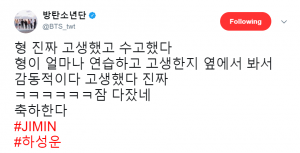 The last section of the finale was dedicated to the ranking announcements, and thus revealing which 11 trainees would be making their debut as Wanna One. The rankings were first announced one at a time from 10th to 1st place, with agonisingly long pauses between each result. C9‘s Bae Jinyoung, Pledis‘ Hwang Minhyun, MMO‘s Yoon Jisung, CUBE‘s Lai Guanlin, Brand New Music‘s Park Woojin, Fantagio‘s Ong Sungwoo, individual trainee Kim Jaehwan, and Brand New Music‘s Lee Daehwi were announced as the 10th to 3rd ranking trainees respectively, thus confirming their places in the new group.

BoA then revealed Maroo Entertainment‘s Park Jihoon and MMO‘s Kang Daniel as the candidates for first place, and thus the centre of the group. Kang Daniel took the title, receiving over 1.5 million votes.

Nerves were at breaking point as Starship‘s Jung Sewoon, Ardor & Able‘s Ha Sungwoon, Pledis‘s Kim Jonghyun and Kang Dongho were announced as the candidates for the 11th and final position in the debuting group. Kim Jonghyun, Kang Dongho and Jung Sewoon came in at 14th, 13th, and 12th places respectively, meaning that Ha Sungwoon claimed the final spot in Wanna One. 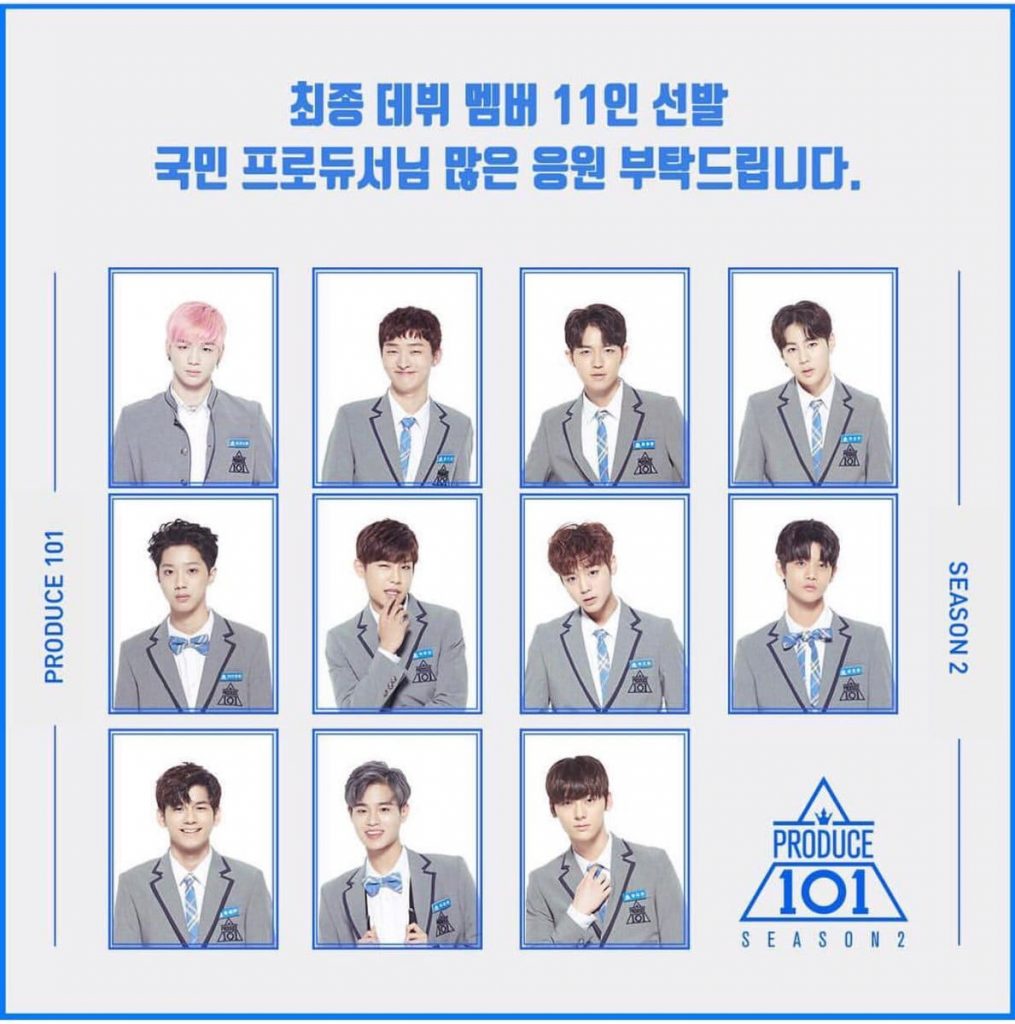 All 101 trainees who started on Produce 101 Season 2 have put a lot of hard work and energy into the show. Whilst we will be hearing from the members of Wanna One in the near future, we hope that all of the contestants can make their debut soon! Wanna One is scheduled to release their first album in August.

Stay up to date with what’s happening in the world of K-Pop with Officially KMusic!