Over the weekend, Psy performed at the opening ceremony of this year’s Boryeong Mud Fesitval which is a yearly event held every summer in Boryeong, a city that is about 200 kilometers south of Seoul, Korea.

The singer performed at a beachside stage and sung a total of 10 songs including “Gangnam Style,” “Gentleman” and “Right Now.” Psy is most notably famous for his song “Gangnam Style,” which had over 2.6 billion views as of July 2016 on YouTube.

The 2016 Boryeong Mud Festival is open to the public till July 24th, 2016 at the Mud Plaza of Daecheon Beach.  Daecheon Beach is one of the only sand beaches on South Korea’s west coast.

The festival has been named as one of the world’s wackiest festivals for its lineup of mud inspired attractions; consisting of mud slides, pools, pits, and mud spraying caverns. 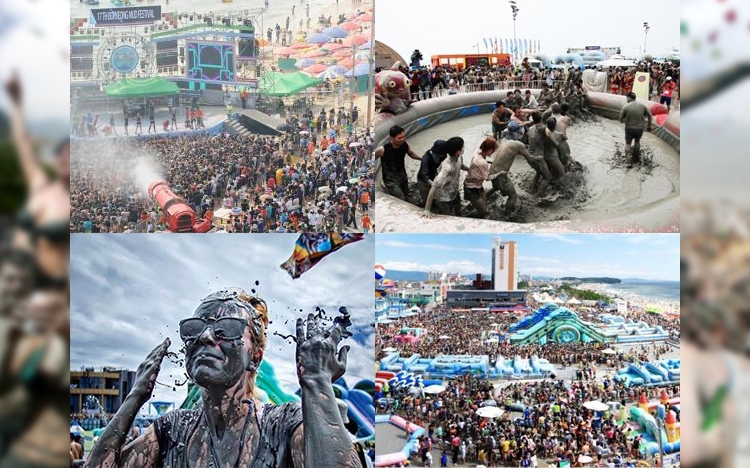 For more information about the festival, check out the following links:

Let us know if you have gone to the festival before or want to attend in the comments below. Stay tuned with Officially KMusic as we bring you the latest news from Korean Entertainment!