A public memorial for Jonghyun by SM Entertainment

A public memorial for Jonghyun by SM Entertainment

SM Entertainment has release an offical statement on the 18th December saying that they have made a public memorial for fans to visit and pay their respect.

The memorial will be held at Seoul Asan Medical Center, on basement level 1F, starting at 12 PM (KST) on December 19.

This is SM Entertainment.

On December 18, Jonghyun, the greatest artist who loved music more than anyone, suddenly left us.

Our hearts ache as we deliver this sudden sad news to the fans who gave Jonghyun never-ending love.

In accordance with the wishes of the bereaved family, we have set up a separate space for fans who have made precious memories with Jonghyun for many years to pay their last respects to him.

Please convey your warm feelings so Jonghyun, the greatest artist, can rest peacefully.
Once again, we express our deepest condolences to the deceased’s family. 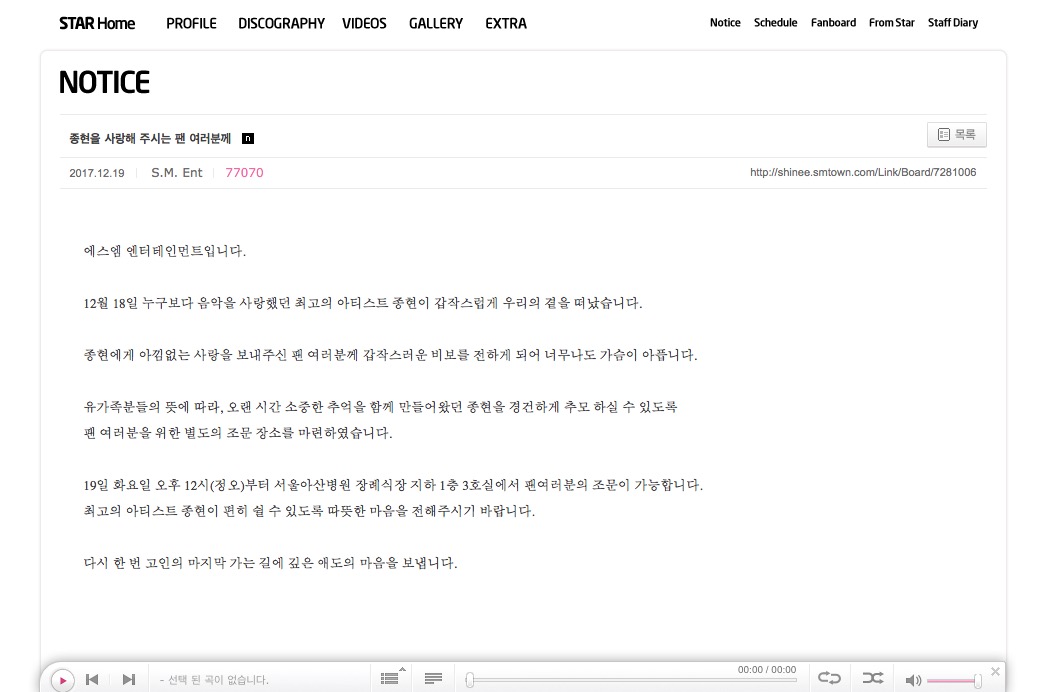