Punch released the track list of her first mini album ‘Dream of You’!

Punch released the track list of her first mini album ‘Dream of You’!

On 4th of January, Punch announced she is reportedly making a comeback on the 16th of January with a mini album. It is the first mini-album since her debut five years ago.

Punch is a Korean solo female artist. She collaborated with numerous famous idols and artists such as Chen and Chanyeol from EXO, Yoon Mi-rae and so on.

TRACKLIST OF ‘DREAM OF YOU’: 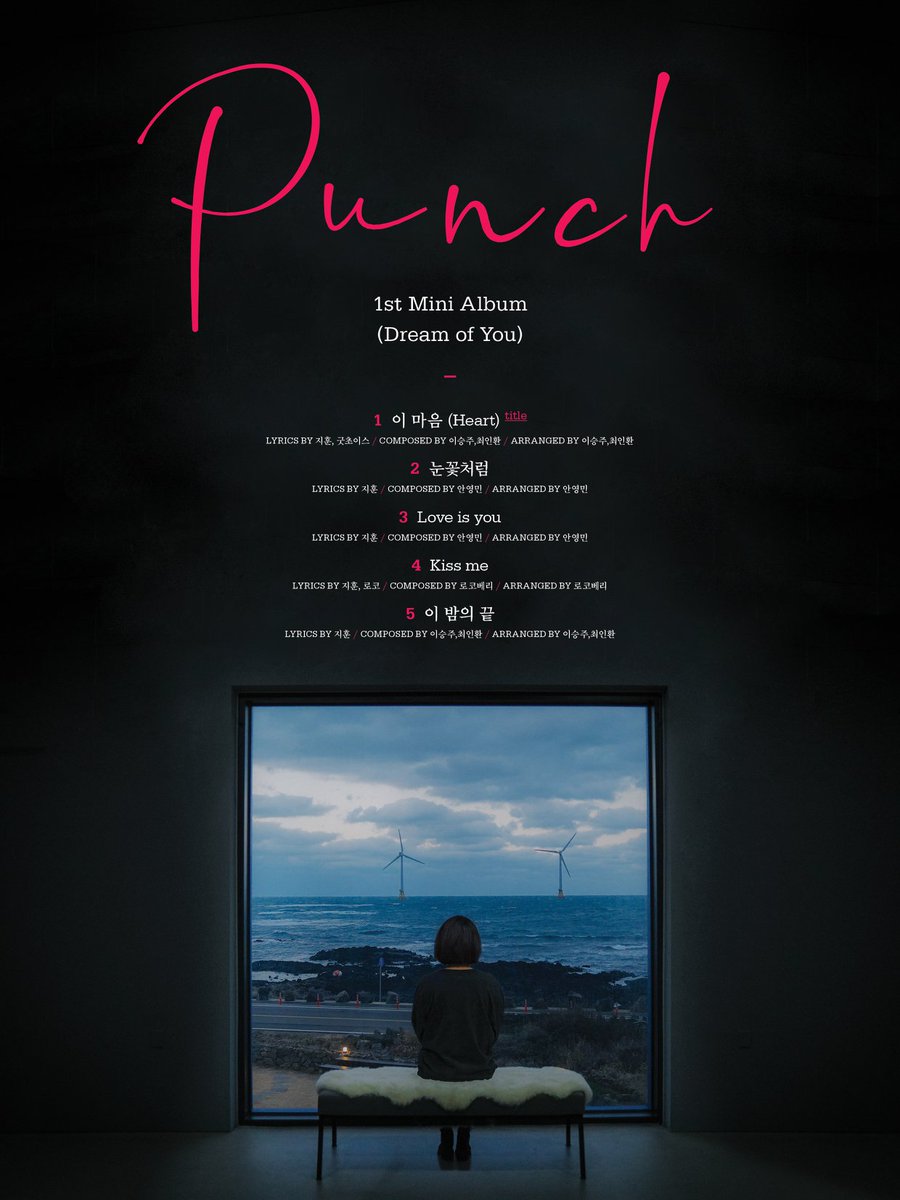 ‘Dream of You’ consists of five tracks including the title song ‘Heart’. ‘Heart’ is an emotional sad love song as it is about the parting of a couple.

The track list also showed the back view of Punch while she was looking through a full view glass window. This depicts the emotional and moving concept of her mini album ‘Dream of You’.

Punch‘s mini-album is fully released on the 16th of January at 6 PM. Fans definitely can’t wait for her comeback.