Jae Young Jae desires for a comeback of Kim Gura in the show.

After winning the ‘Program of the Year‘ in 2012 MBC Entertainment Awards, the team went up on stage and gave their speech. Radio Star’s PD Jae Young Jae addressed, “I thank you for giving us such an honorable award. I hope that you won’t have any other thoughts than thoughts that make you laugh for the coming year. I hope we can reunite with Kim Gu Ra hyung next year who couldn’t join us tonight. I give this honor to my wife and daughter who always encourage me.”

Continuing the speech, MC Kim Kook Jin gave his remarks on behalf of the other MCs, “I give this honor to all of the guests who put down their pride and became like prey during the broadcasts. I sincerely thank the viewers. Although ‘Infinity Challenge‘ has awesome fans, we also have many vigorous fans. Our fans won. It was an honor just to compete with ‘Infinity Challenge’.”

2012 MBC Entertainment Awards was held last December 29th at the D Hall in the Yeoeuido Broadcasting Center and was hosted by Kang Ho Dong and ZE:A’s Kwanghee 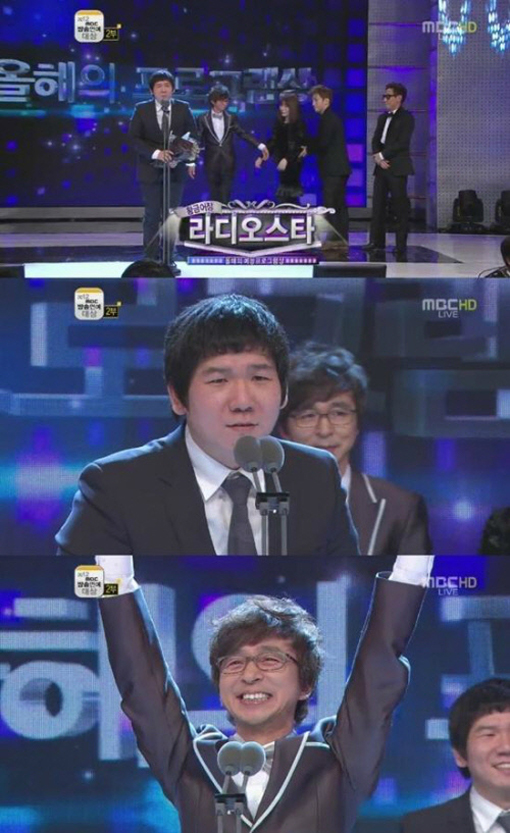