Not like Lee Young-jae(Rain‘s character in Full House), this time Rain got married for real!!! Rain and actress Kim Tae Hee are officially a couple now.

Couple held a private and small wedding ceremony including only family members and closest friends at Gahoe-dong Cathedral in Seoul on 19th of January (Thursday). For the wedding mass Rain whose real name Jung Ji Hoon wore a black suit while bride Kim Tae Hee shined with a knee length white dress. 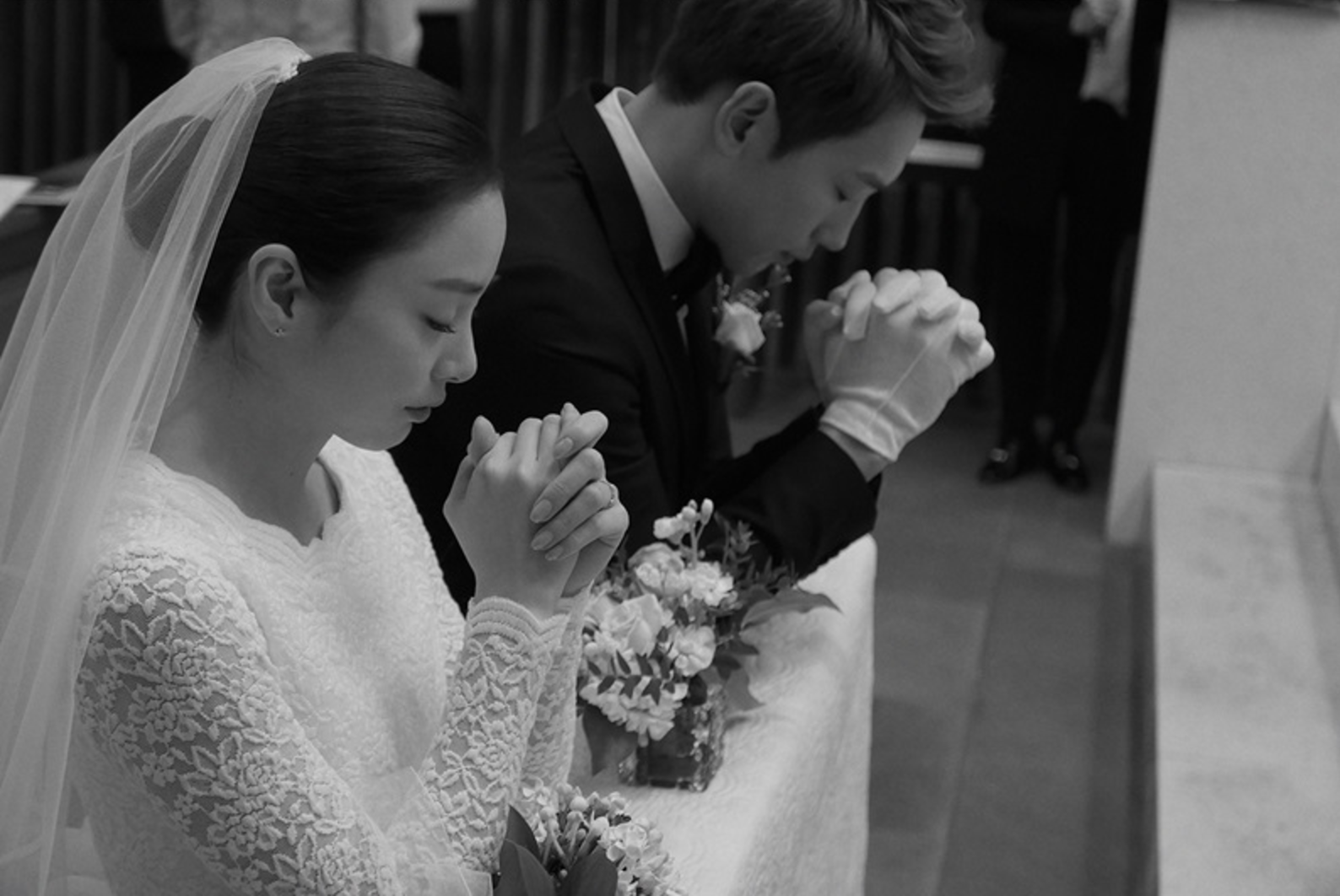 Rain‘s agency R.A.I.N. Company revealed that, the couple will be releasing their wedding photos along with a public announcement after the wedding. After the wedding ceremony, Kim Tae Hee released a hand written letter through her agency to thank fans. 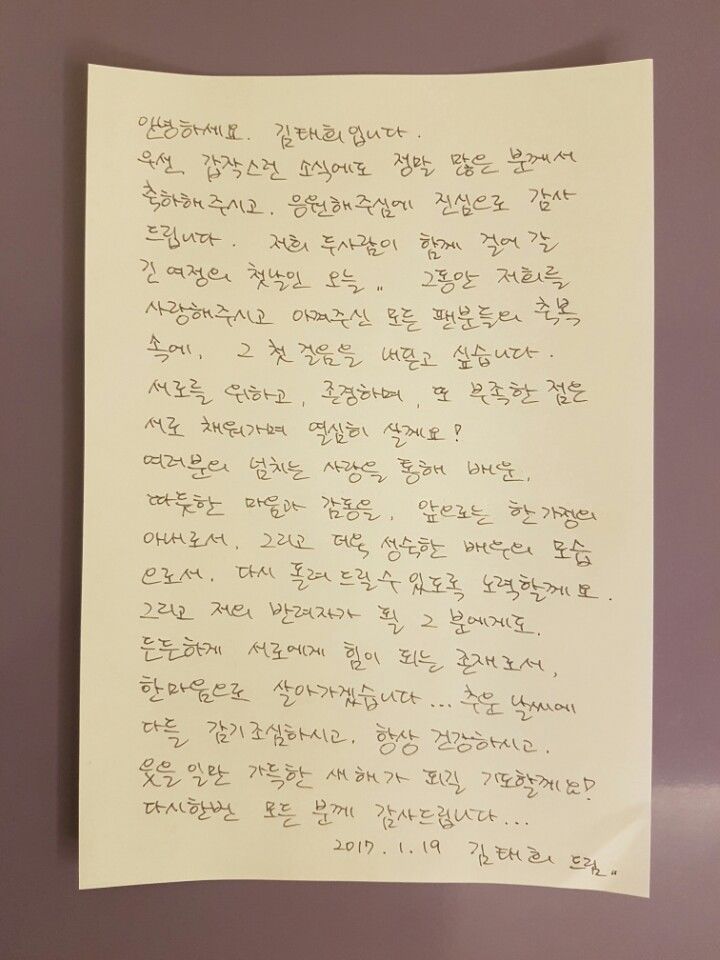 “Hello. This is Kim Tae Hee. Firstly, I’m very thankful that so many people congratulated and supported us on the sudden news. Today is the first day on the long journey we will embark on together, and we wanted to take that first step with the support of all the fans who have loved us and cared for us.”We’ll care for each other, respect one another, and do our best to help the other with what we lack. With the warmth that I have learned from your overwhelming love, I’ll do my best to repay you as an actress and do the best as the wife in a family. The man who will be my life partner and I will support each other and give each other strength. I hope no one gets sick in this cold weather, and I pray you’re healthy and happy in the new year. Once again, I sincerely thank you all.”

According to an exclusive report, couple revealed the event location to the guests three hours ahead the ceremony and reporters were blocked by security guards as they wanted the ceremony to hold in secret.

Once again congratulations to the new couple!!!

What do you think about new couple? Join with us to congratulate them. Let us know your thoughts in the comments section below.