Red Velvet is planning their comeback in November!

Red Velvet is planning their comeback in November!

On October 11th, reporters have confirmed that Red Velvet is currently preparing their album for a comeback in November. 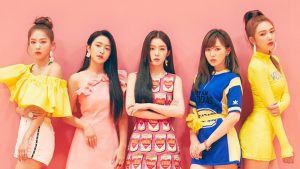 Red Velvet has released their mini-album ‘Summer Magic‘ on August. Three months after their last comeback, they are striving their best in completing their upcoming album in the aim of promoting their new album until the end of the year.

Are you ready for Red Velvet‘s comeback? What do you think their songs would be like this time? Let us know by leaving your comments below.

Keep following Officially Music for the latest in music news!

Scroll for more
Tap
GOT7 Jackson backs out from fan sign event due to health issues
AXIS is ready to introduce a new boy group!
Scroll
Loading Comments...