Lee Hyun Woo is getting a new leading lady, as he and Red Velvet‘s Joy, have been confirmed as the leads in new tvN drama ‘She Loves Lies‘. A source from tvN recently revealed:

“Actor Lee Hyun Woo will be playing the male lead Kang Han Gyul. The drama will be a refreshing romance that tickles the heart.”

At the same time SM Entertainment confirmed that Joy would be joining him as the female lead. ‘She Loves Lies‘ is a remake of the Japanese manga ‘The Liar and His Lover‘. It’s about a love between genius songwriter, Kang Han Gyul, who keeps his talent a secret, and Yoon So Lim who’s outspoken with a sweet voice who falls for Han Gyul at first sight. 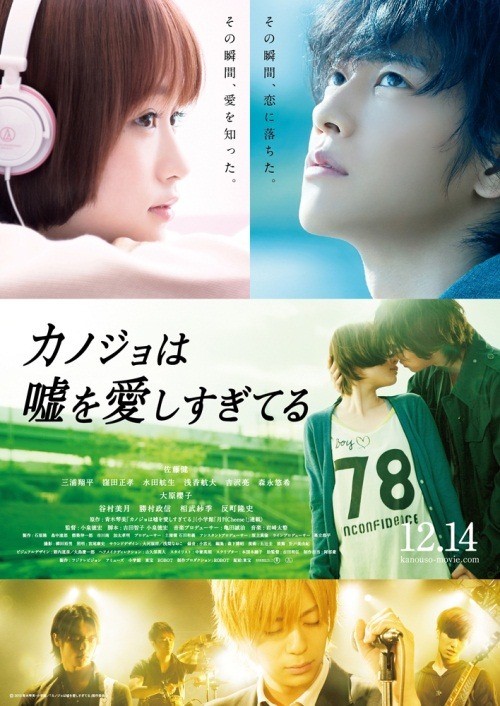 Hyun Woo, who most well known as the young hacker from the Korean film ‘The Technicians‘ where he played a big role alongside Kim Woo Bin, stated:

“I was excited about meeting the charismatic character of Kang Han Gyul. Even the times where I worried about how to portray him were enjoyable. It’s been a long time since I’ve greeted the viewers, so I’ll work hard to present a good [drama].”

‘She Loves Lies’ is being produced by Bon Factory who’s previous credits include: ‘She Was Pretty‘ and ‘Master’s Son‘. The director is Kim Ji Min known for ‘Pride and Prejudice‘ as well as ‘Time Between Dog and Wolf‘. Filming will be starting as soon as the cast is complete and has a projected air date in March after ‘My Shy Boss‘ concludes!

Are you excited for Joy’s first lead role and Lee Hyun Woo’s return to the small screen? Let us know in the comments below!

For all the latest news on all thing Hallyu, be sure to follow Officially KMUSIC!