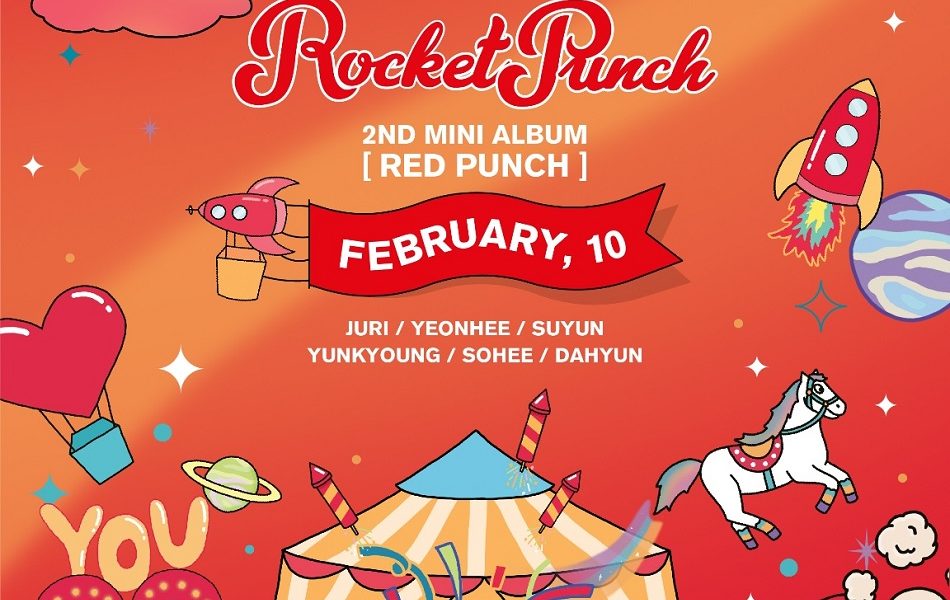 On January 27th, Rocket Punch released a comeback image for their upcoming 2nd mini album, ‘Red Punch’ comeback. The following day, they dropped the scheduler detailing the teasers that would be released. Check them out below!

Their first image, shows a loud circus tent with cute details such as a mirror and lipstick, magical horse, and hot air heart shaped balloon. Planets can be seen in the background, indicating a fun bright concept for the group’s return.

The comeback scheduler follows a similar theme with a bright punchy red bordering the poster and cute calendar marking key dates for teasers about their comeback. From the 29th through to the 31st, fans can expect version A of the concept photos to be released. Jacket films will then be released on the 1st and 2nd of February. A track list follows on the next day, leading up to an MV teaser, version B of the concept photos, performance MV teaser and album preview.

Rocket Punch‘s second mini album, ‘Red Punch’ will then be released on February 10th, 6PM KST, marking their comeback in approximately 6 months from their debut.