Romeo Are Coming Back!

Romeo Are Coming Back!

For those of you who don’t know, Romeo is a rookie boy band from the company, C.T. Entertainment. They debuted on May, 7th 2015 with their debut single, “Lovesick” from their first mini album, “The Romeo.”

The song is fantastic with an 80’s synth and early 2000’s melodic vocals, this song is ah-may-ZING! Perhaps my favorite rookie boy band of 2015.

The point I’m getting to is that they are making a comeback with their second mini album, “ZERO IN” on November 5th, according to the photo teasers posted by their official Facebook! view the teasers below! 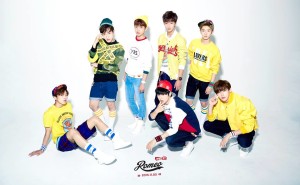 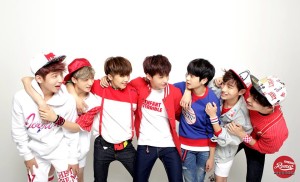 The teasers have me a little worried, because personally, I don’t really like it when groups that I know have amazing vocals turn around and do hip hop, it’s so weird. Not to mention I usually end up not liking the title song anyway.

I have high hopes for Romeo!

You can support the group as well by supporting them on their many SNS accounts. Besides Facebook they also have Twitter, YouTube, Google+ and make sure to check out their Daum Cafe for updates!

Scroll for more
Tap
Brown Eyed Girls Is All Ready To Comeback With ‘Basic’
Damiano Is Back With A Teaser For ‘Sweet Now’ With A-Pink Namjoo
Scroll
Loading Comments...