Rumors About f(x)’s Future Spread Around the Internet

Rumors About f(x)’s Future Spread Around the Internet

A few brief notices about f(x)‘s alleged future have been spreading around the internet, making fans excited and insecure at the same time.

f(x)‘s DC Gallery was updated with a few ‘upcoming’ rumors, by someone who claimed to be SM Entertainment‘s representative. The notice was quickly taken down from the site, but screen caps have been spreading around the internet with the speed of light. 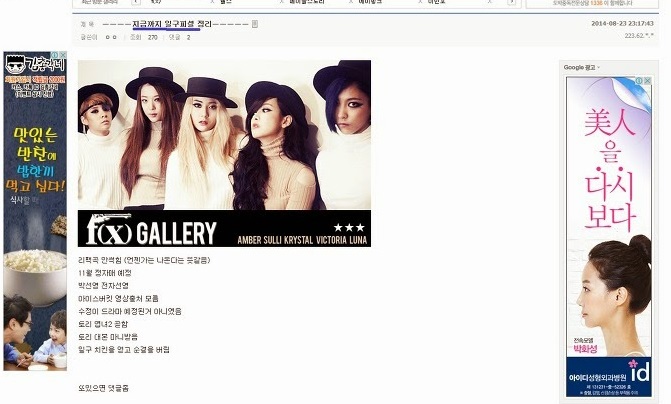 The post insisted that f(x) is going to release a repackage album soon, and that Girls’ Generation‘s Jessica and f(x)’s Krystal are going to form a new sub-unit and start promoting in November. It insists that Krystal was not originally planned for her drama, and that Victoria is going to film a new drama in China soon and has been receiving a lot of offers lately. The post also acknowledges that there might be a season two of  the “Jessica & Krystal” TV show.

None of the rumors have been confirmed, but fans are already very excited, especially about the possibility of sisters Jessica and Krystal forming a new sub-unit.

Stay tuned to Officially KMusic to find out if any of the rumors turn out to be true!