Samuel Kim continues to drop very interesting image teasers for his first comeback. He will be returning with his first full album, ‘Eye Candy‘, which is a continuation of his first mini album, ‘Sixteen‘. So, check out his latest music video teaser below!

‘Candy‘ will be the title track for his upcoming album. As mentioned before by Brave Brothers, Samuel Kim will be adopting a more mature look that fans can look forward to. In particular, in this video teaser, it features a mesmerizing sound that gives someone hope. It almost feels like your dreams will come true through this video.

The imaginary of this video is also one that has people in awe. It is such a beautiful scenery and fans can’t help but admire the whole video. Samuel Kim appears to be the one riding the motorcycle, as he gives fans a dreamy look.

Then we get the see the cuter side of Samuel as he plays around with ‘Candy‘. His angelic smile is one that can light up anyone’s world! Fans surely are getting more hyped for this comeback. 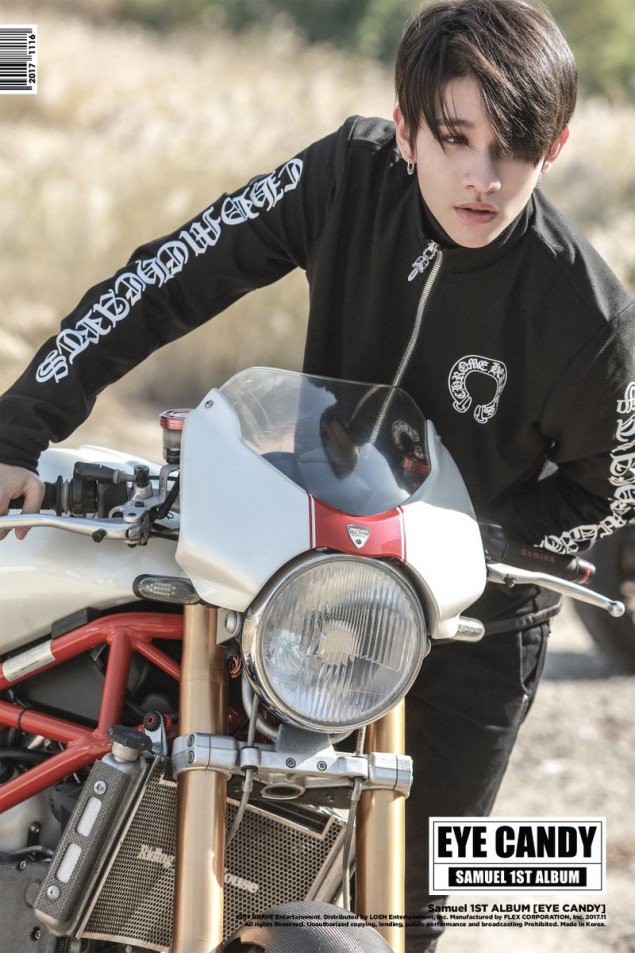 He has also dropped another image teaser, which features him on the motorcycle. So, check it out above!

Meanwhile, Samuel will make his return on November 16th. Are you excited? Let us know in the comments below!