With only fifteen days remaining till the release of Samuel‘s second mini album repackage ‘Teenager‘, more details about its contents has been revealed.

Earlier today, the tracklist of the album along with the information on the packaging was revealed through Samuel‘s official Twitter. So first, check them out below! 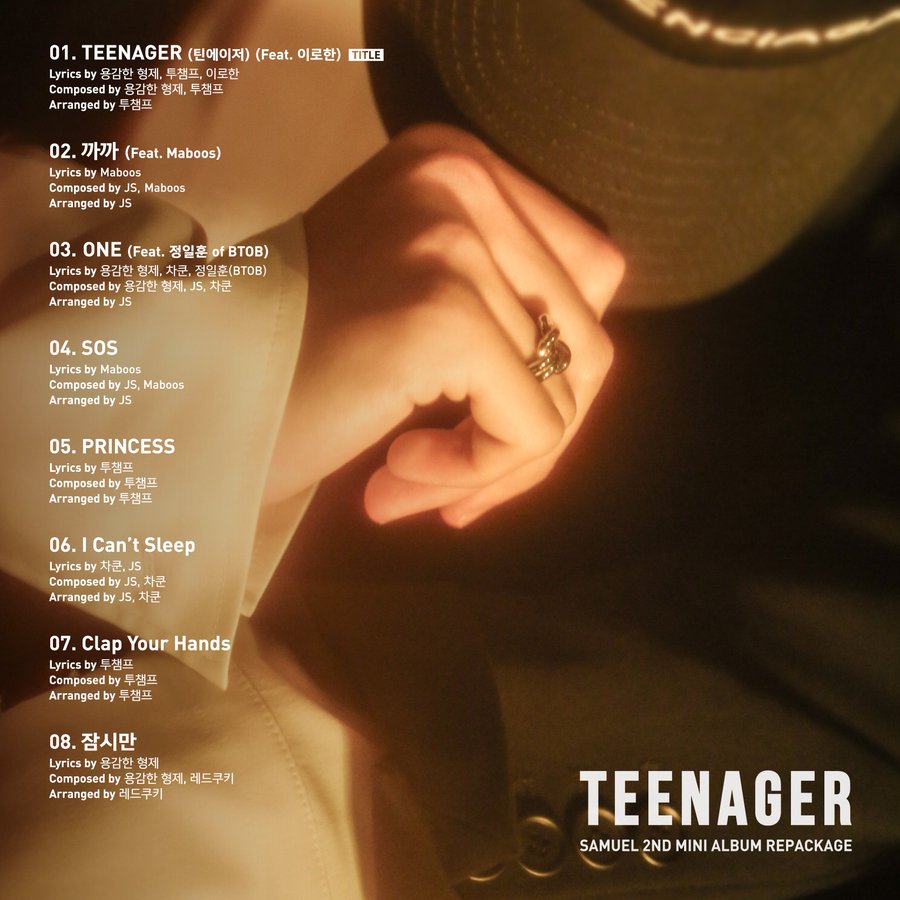 While the second mini album ‘ONE‘ had six songs in total, its repackage has eight, with two new tracks added to the original list. The first track ‘Teenager‘ is the title track of this album, and this song will be featuring rapper Lee Rohan.

This time, Samuel‘s album is packed with goodies. It will contain a 40-page photobook, a disc and three collectible items– a poster, a postcard, a ‘Teenager initial card’ The photocard and ‘Teenager initial card’ in the album will be a random one out of six kids, while the postcard included will also be picked at random out of a pool of five types.

The MV for ‘Teenager‘ will be released on the 30th of May at 6PM KST.

Do show Samuel lots of love and support, and keep following Officially Kmusic for future updates!