For Sechskies‘ twentieth anniversary, the boys will be releasing two brand new tracks, ‘Be Well‘ and ‘Sad Song’. Both of these tracks will have a music video, getting fans super excited for new tracks. For ‘Sad Song’, Sechskies has gotten together with Tablo and Future Bounce to produce a very upbeat and rhythmical track. It will be exciting to see what kind of tracks will be revealed. So, check out the two music video teaser below!

The above video is for ‘Sad Song’. This will mark Sechskies’ first proper music video in their career. Since back when they were active, they had to self-cam their own music video. So, this must be an memorable memory for them where Yang Hyun Suk is giving them unlimited support. The video starts off with the VCR concept, with many sounds integrated into the video. Then, fans are hit with their beautiful voices that serenades the listeners. The lovely guitar guiding the melody helps bring across the mesmerizing feeling. This teaser surely is a teaser where the end gradually builds up to the beat drop but it never came. So, it will be interesting to hear the full track!

A much shorter video for ‘Be Well’ has been dropped. Unlike ‘Sad Song’, ‘Be Well’ is a much softer track that allows the members to showcase their deeper emotions. With the sound of rain and thunder accompanying the track, it surely enhances the sad feelings in this track. On top of that, we can a glimpse into the soft melody sang by leader Eun Ji Won. He has a beautiful voice and fans can’t wait for the track to be revealed. 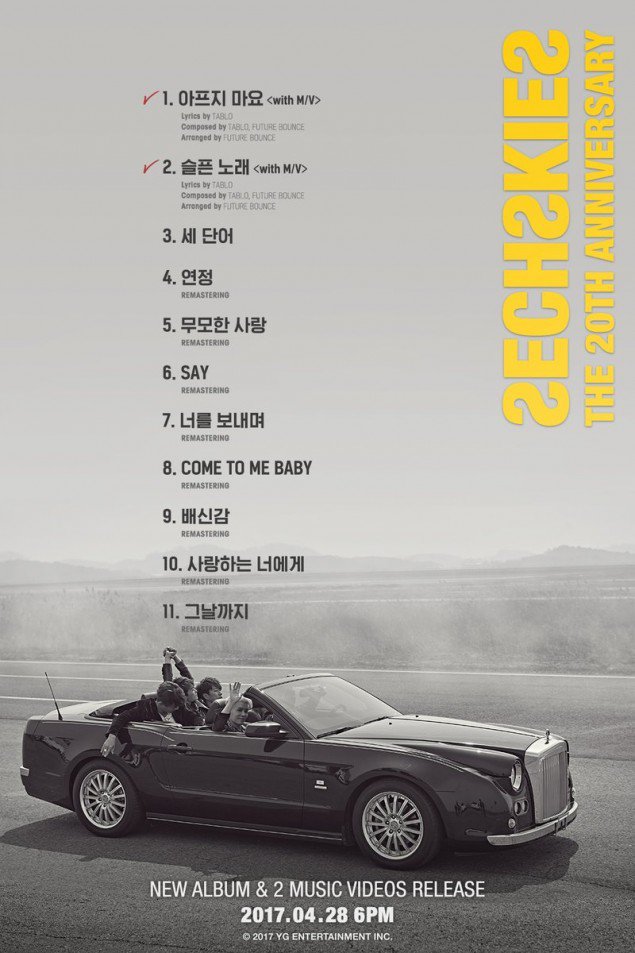 Meanwhile, the boys have also dropped the tracklist for this album, ‘The 20th Anniversary‘. This album will feature a total of eleven tracks. This includes the two title tracks, ‘Be Well’ and ‘Sad Song’, their hit single, ‘Three Words‘, and the rest are remastered version of their previous tracks.

Sechskies will make their official comeback on April 28th. So, be sure to check out the music video teasers above! Let us know what you think below! Are you excited for their comeback?