Seungri reveals the title of his upcoming title track!

Seungri reveals the title of his upcoming title track!

BIGBANG‘s Seungri will be making his solo comeback soon. He will be releasing his first solo album ‘The Great Seungri‘. He has revealed more details about this comeback. So, check it out below! 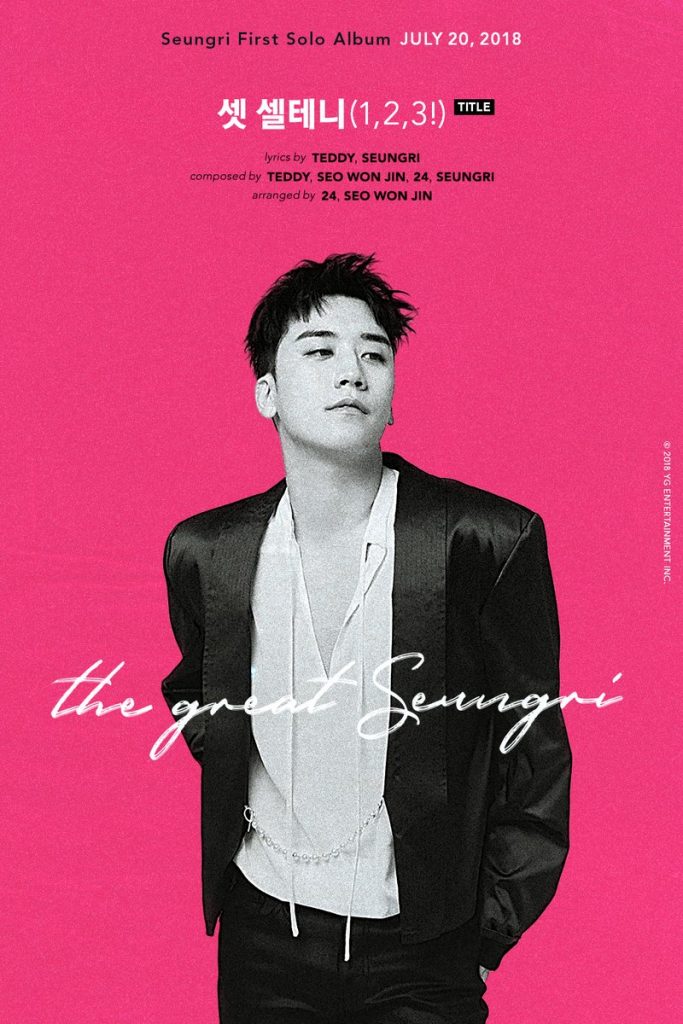 This is the first title poster. Unlike his previous teaser, this one features Seungri posing in front of a pink background. Something about the pink colour shows off the beauty of his upcoming title track. This title track is called 1,2,3! which is composed by Teddy, Seo Won Jin, 24 and Seungri. The lyrics are written by Teddy and Seungri and it was arranged by 24 and Seo Won Jin. From all those involved in this title track, one knows that this track will surely have you bopping towards it!

Meanwhile, Seungri will make his return on July 20th. Are you excited? Let us know in the comments below!