Seungri had made his hot return with ‘The Great Seungri‘. With it comes the title track, ‘1, 2, 3!‘. Now, it looks like that isn’t the end of his promotions. He has revealed a new teaser. So, check it out below! 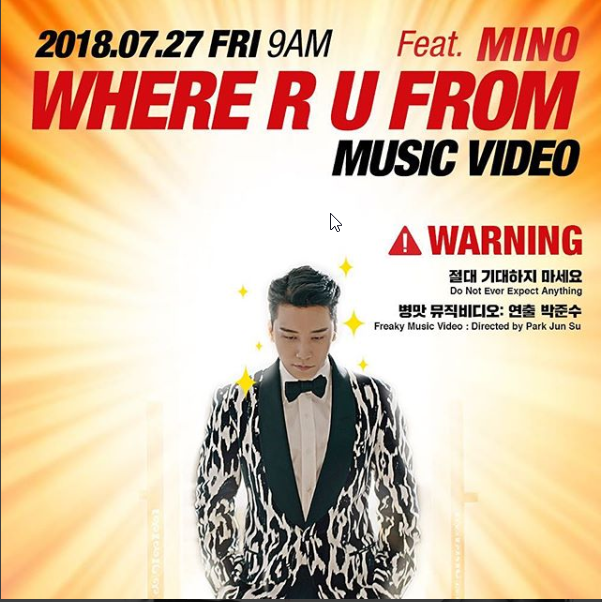 It looks like ‘Where R U From‘ will be getting its own music video. In particular, this track is part of his latest solo album and features Mino. It will be interesting to see the kind of music video they will showcase. With the poster comes the following warning: “Do not ever expect anything. Freaky music video: Directed by Park Jun Su“. Since it says don’t expect anything, fans are definitely excited to see how hilarious this will be!

Meanwhile, Seungri will drop this MV on July 27th. Are you excited? Let us know in the comments below!

Scroll for more
Tap
TWEETY prepares for a summer return this month!
H.B.Y gives you a preview into their upcoming album, ‘Waiting’
Scroll
Loading Comments...