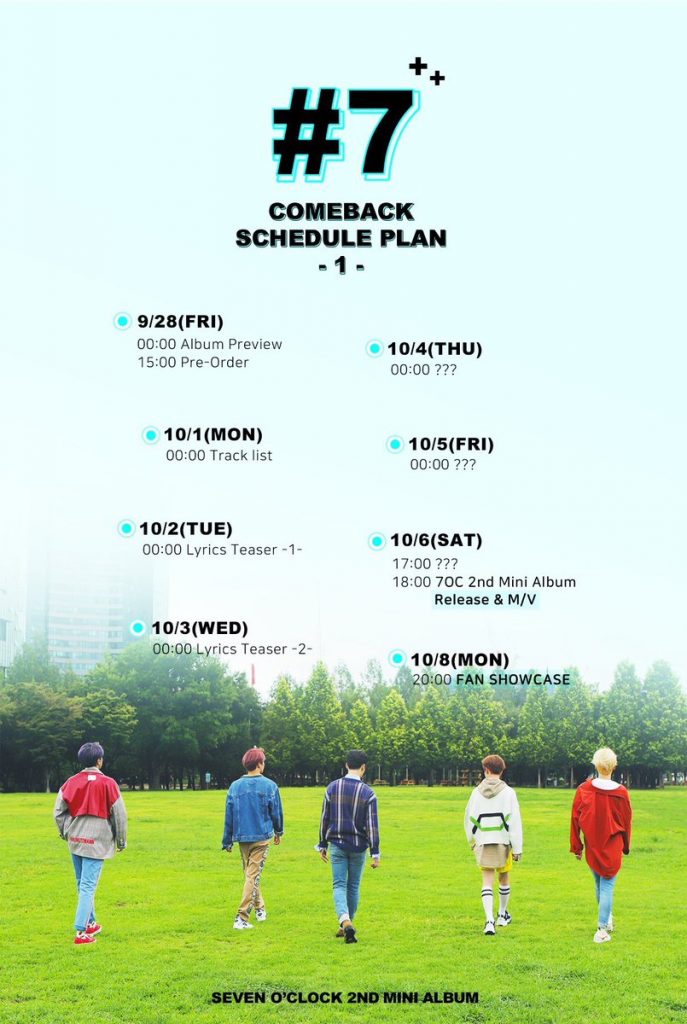 So, they have prepared to release the album preview on September 28th with the pre-order of their album starting then as well. They will reveal the tracklist and two lyrics teasers on October 1st, 2nd and 3rd. They definitely have fans curious when they have questions labelled on October 4th, 5th and 6th. Looks like they have some surprise teasers which will be revealed then.

This album will come with a photo book, the CD, 2 random photocard and a sticker. Meanwhile, they are set to make their hot return on October 6th with their second mini album, ‘#7‘. They will hold their fan showcase on October 8th!