SEVENTEEN drops their comeback schedule for ‘You Make My Day’

SEVENTEEN drops their comeback schedule for ‘You Make My Day’

SEVENTEEN gears up for their upcoming return with their fifth mini album, ‘You Make My Day‘. They have revealed the comeback schedule, so check that out below! 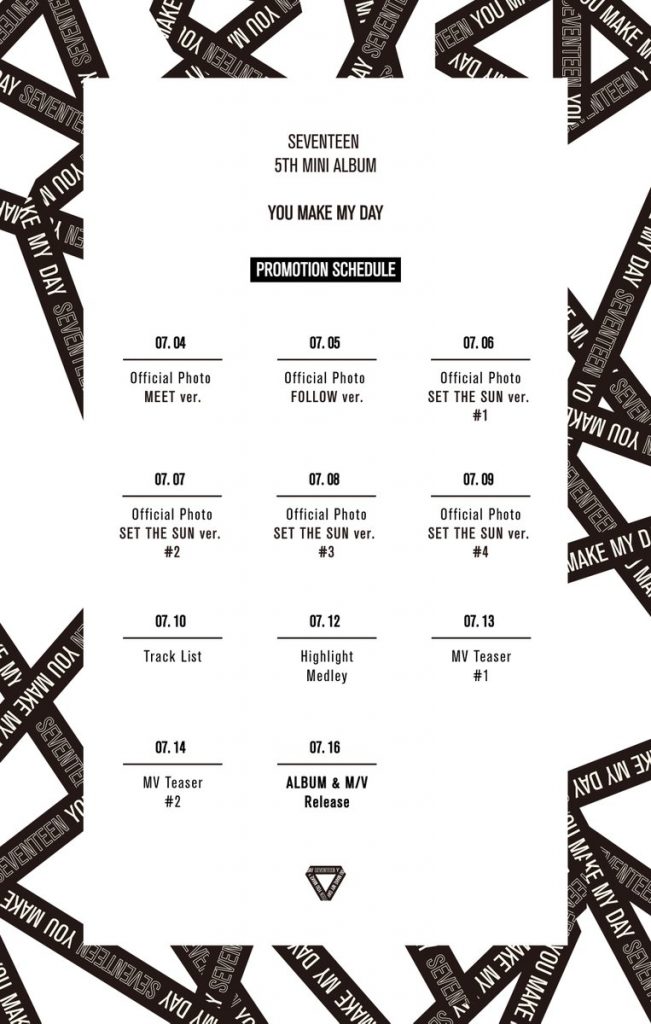 It appears that they may be releasing three versions of this album: ‘MEET‘, ‘FOLLOW‘ and ‘SET THE SUN‘ version. They will release the first ‘Meet‘ image teaser on July 4th, followed by their ‘Follow‘ teaser on July 5th. There is a total of four ‘Set The Sun‘ teasers which will be revealed from July 6th to July 9th. Following on is their tracklist and highlight medley, scheduled for July 10th and 12th respectively. Finally, they will end the teasers with two MV teasers set for July 13th and 14th.

They have also revealed the album packaging details.

SEVENTEEN will make their hot return on July 16th. Are you ready? Let us know in the comments below!