Seventeen has released stills for ‘Make a Wish‘, a track on their up-coming mini album ‘Going Seventeen’. One teaser features the group’s leader, S.Coups, kneeling on the seashore, holding what seems to be a message in a bottle. This is already noticeably different from the dark concept they teased earlier. 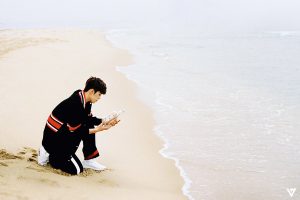 The other teaser photos shows the boys hanging around what seems to be a loft apartment, looking at blueprints and playing the role of architects. This new concept has them fitted in a  light and simple look, which definitely inspire some stay-at-home outfits. 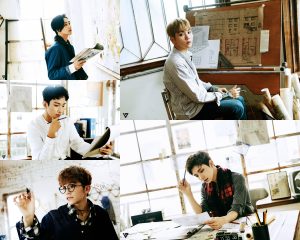 Seventeen has been getting a lot of recognition over the past year and recently won the ‘Best Star Award’ at the 2016 Melon Music Awards. Their mini album is set to be released on December 5th.