Pledis Entertainment has confirmed that popular group SEVENTEEN will be making their comeback this November!

An official from Pledis made the announcement on October 3, saying “Preparations for SEVENTEEN‘s second full studio album are currently underway.” The company also stated that the group’s new album will be released on November 6.

SEVENTEEN‘s second album will be the third chapter in the group’s ‘2017 SEVENTEEN PROJECT‘, which kicked off in May with the release of mini album ‘Al1‘. The second chapter of the project saw the debut of special unit SVT LEADERS with the music video for ‘Change Up‘. The project also features a three-part ‘Chapter 0.5’ which will see all three units within SEVENTEEN release a solo track. The first of these dropped on October 2, with the SEVENTEEN Hip Hop Unit releasing the MV for ‘Trauma‘. The Performance Unit‘s track is due out on October 9, whilst the Vocal Unit‘s song won’t be released until October 16. 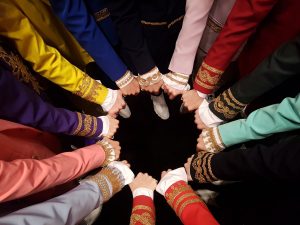 SEVENTEEN are currently performing their ‘Diamond Edge‘ world tour – check out Officially KMusic‘s review of the group’s Singapore concert here! 2017 has so far proven to be a busy year for the 13 members of SEVENTEEN, and the stage appears set for the band to achieve even more over the next few months!

Follow Officially Kmusic for the latest in K-pop news!