SF9 are making their comeback! They will release their seventh mini album ‘RPM‘ on June 17th. So far, they have released a title poster and promotion schedule. 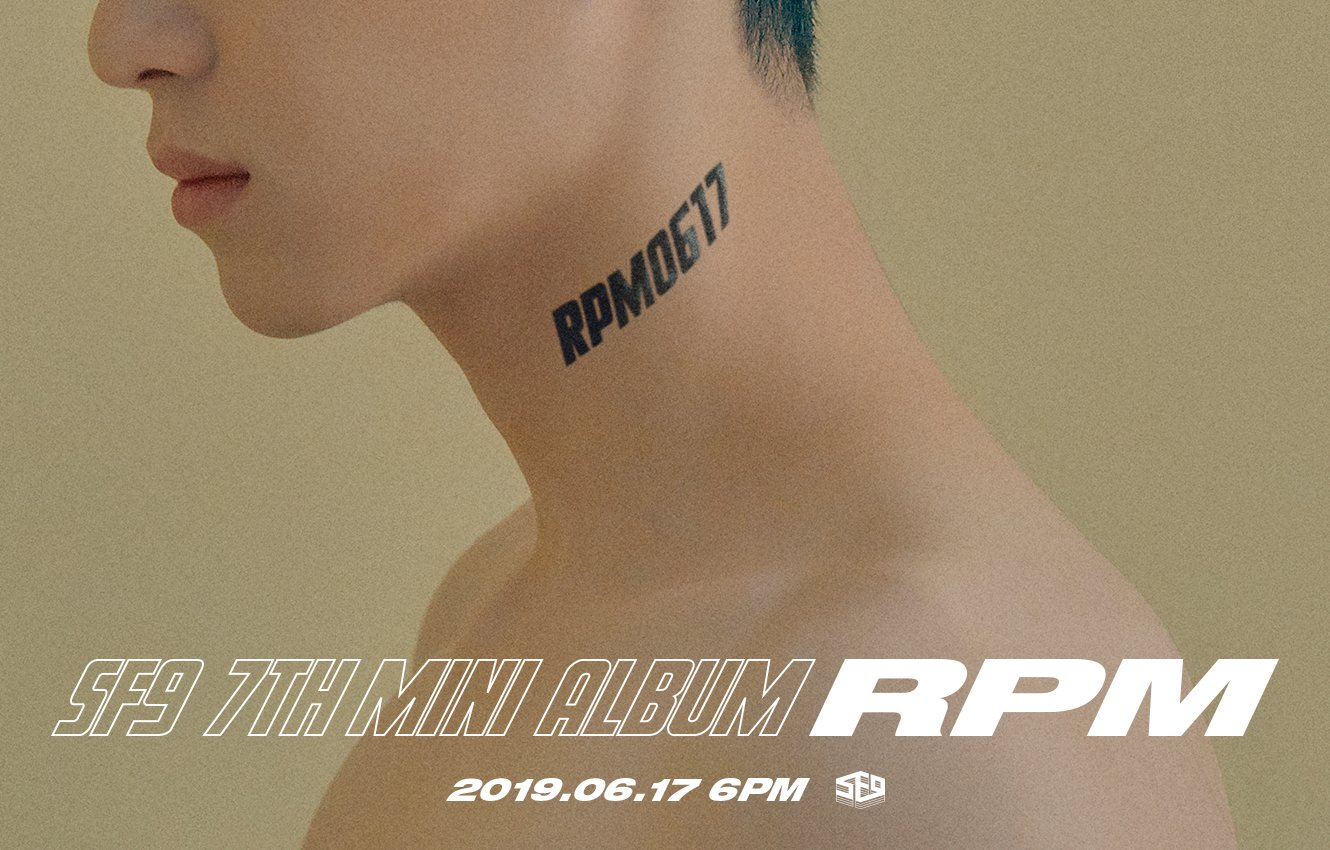 The title poster was released to announce the comeback and the date. The side profile of one of the members is fully visible with the phrase “RPM0617” tattooed on the side of his neck. 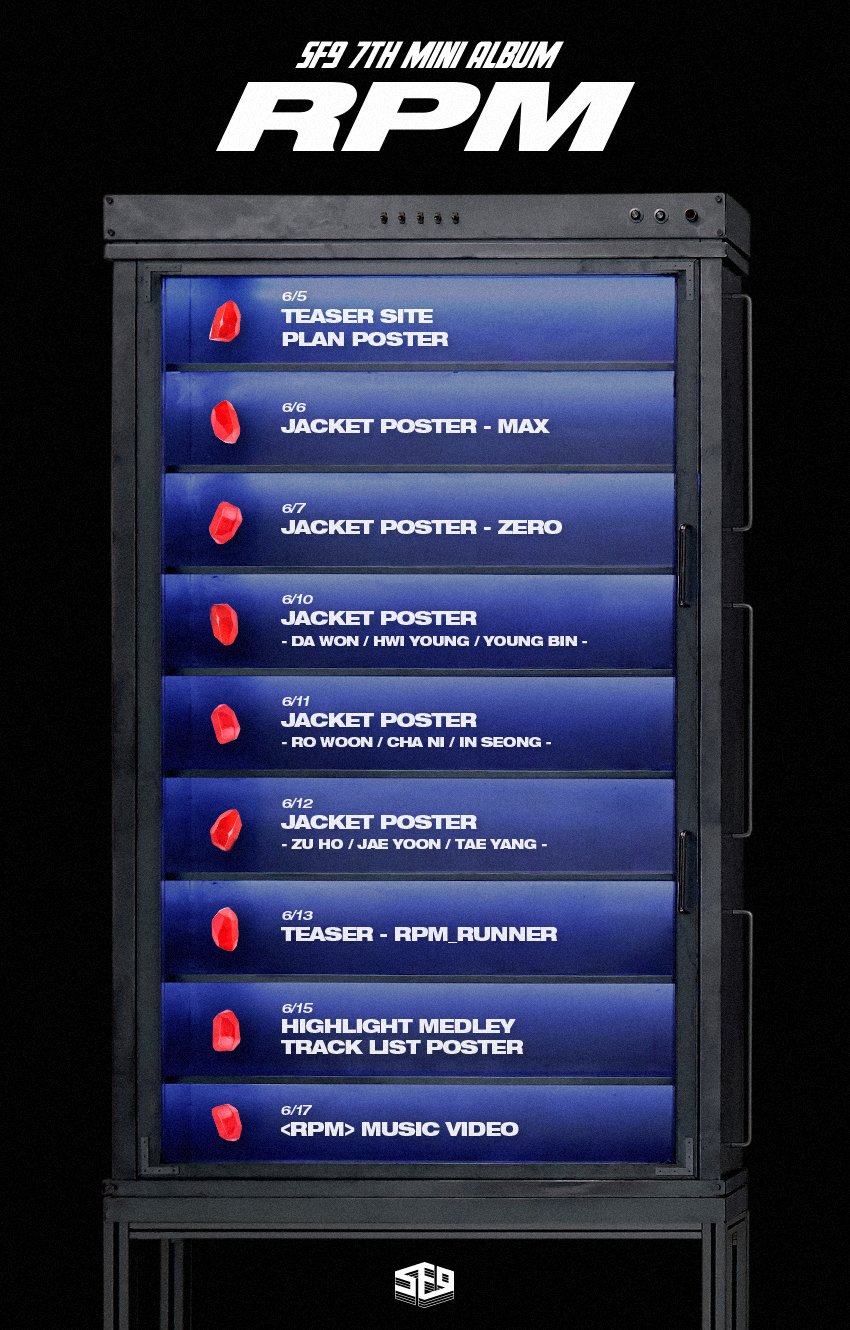 The album will have two versions: ‘Max‘ and ‘Zero‘ – they contrast each other. The group will release a jacket poster for each version, jacket posters for each member, a teaser titled “RPM_Runner“, highlight medley, track list poster, and finally the official MV. Stay tuned!

Are you excited for SF9‘s comeback with ‘RPM‘? Let us know in the comments below.