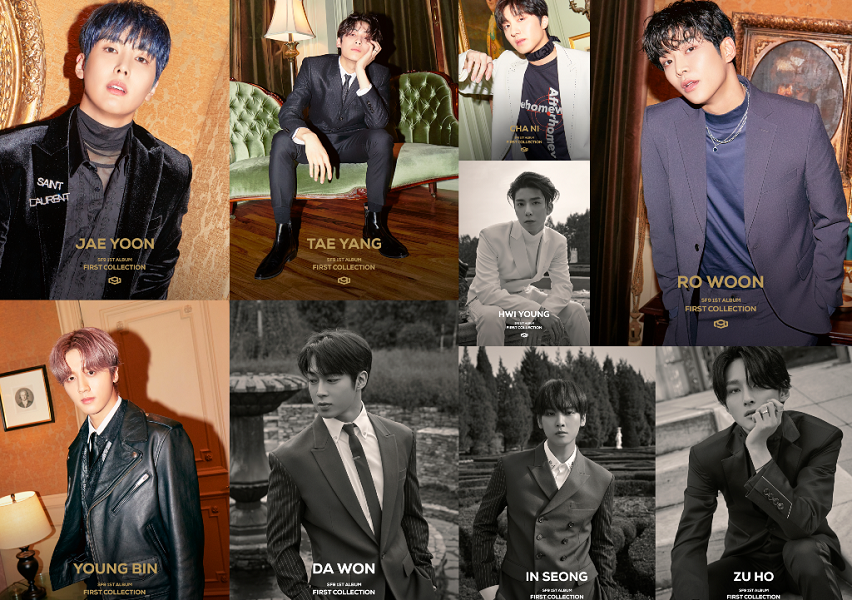 On December 27th, SF9 released their scheduler for their 1st full album comeback, ‘First Collection’ with the title track ‘Good Guy’. ‘Golden‘ and ‘Black Rated‘ versions of photo teasers of the members were also released on the 30th and 31st as per the schedule. Check them out below!

The album scheduler is as follows:

Looking at the group posters, there is a visual contrast between the two versions of the photos. In both the shots, the members show off their charismatic sides. For the ‘Golden Rated‘ version, members are standing and sitting in pose, leading to a more relaxed feel, also helped with pop-ier outfit choices. The other version then has the members all standing on the footsteps of an elaborate gate, being all suited up.

The theme is continued in the individual shots where more flashy materials are used in members outfits in the golden rated versions, whilst muted shades (along with the photo filter), make for a more serious setting.

This will mark SF9‘s first comeback in approximately 6 months which their last comeback of album with the same name title track, ‘RPM’. It will also be the first full length Korean album the group will release since their debut in 2016.

SF9‘s 1st full album, along with the title track, ‘Good Guy’, will be released on January 7th, 6PM KST!