SF9 Takes Their Fanfare To The Stage!

SF9 Takes Their Fanfare To The Stage!

SF9 have officially debuted! On October 5th they released their much anticipated “Fanfare” video and took the M!Countdown stage the next day.

The group released three video teasers for “Fanfare,” that seemingly differed from each other. But watching the final music video, you see the elements of all three teasers effortlessly blending together. SF9 also managed to showcase their impressive dance skills with their powerful choreography.

True to its description, the actual track combines elements of hip hop, trap and electro that makes for a very catchy beat that you just can’t help but move along to. While there’s no doubt that every member of the group is talented, two of them that really stood out for me, Taeyang and Zuho, due to their impressive vocals and rap respectively. 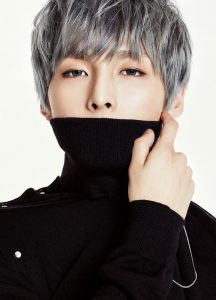 On October 6th, they took the stage with two performances for “Fanfare” and “K.O“. First up was “Fanfare,“where they showed their immense stage confidence despite it being their very first live music show performance. “K.O” featured a very interesting Ferris-wheel movement right at the beginning, which is definitely a first in terms of choreography. You can’t help but admire the skills the group showed by pulling off this move in their debut stage. Compared to “Fanfare,” this track has a slower tempo and despite SF9 being called a dance group, you can see that their vocals are in no way lacking.

Check out both debut stages here:

SF9’s charisma and flawlessly executed choreography prove that this group is sure to live up to their name and cause quite the “sensation” in the future. After listening to these two tracks, I’m anticipating listening to third track on their full album- “Feeling Sensation.” Be sure to check it out and also their website to learn more about the nine members!

So, what did you think of their debut?

Leave us a comment below and stay tuned to Officially Kmusic Now, as we bring you the latest in Korean Entertainment!