The boys of SF9 are back with their teaser photos for their second mini album, ‘Breaking Sensation’, as well as their first teaser video! Check them out below! 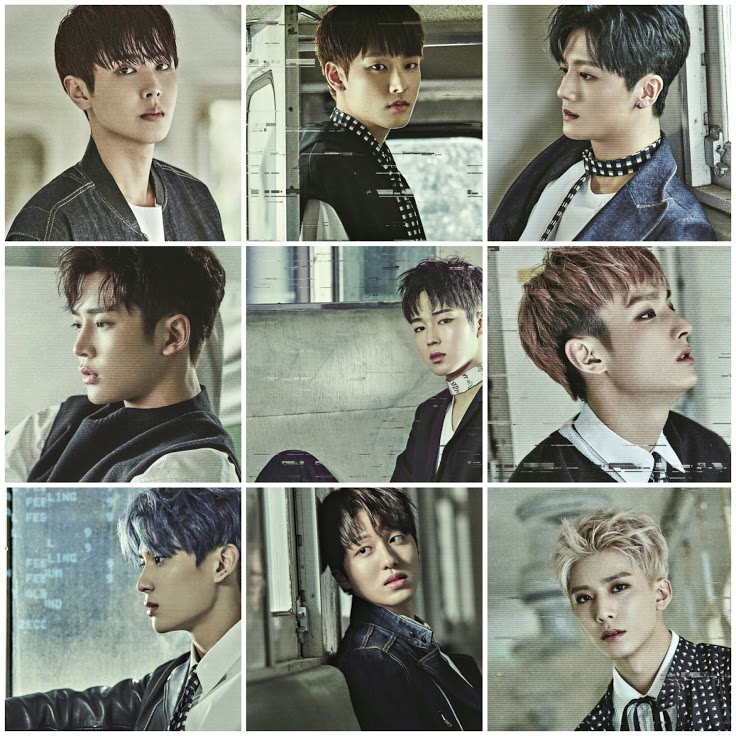 In their schedule, the concept is called ‘C:\Users\SF9‘. This is also another batch of individual photos which is different to their ‘User Information‘ schedule. Rather than all looking at the camera, these individual photos are able to show more details into the concept the boys are going for.  The boys are still keeping up with the glitchy images but now there is more personality in the images. The top row consists of member Jaeyoon, Inseong and Youngbin. The middle row consists of Rowoon, Dawon and Zuho, and the bottom row consists of Taeyang, Chani and Hwiyoung.

The boys are looking serious in these images where some are seen looking deeply into the camera, while others are just deep in thought. All the members are looking incredibly handsome where some are sporting nice hair colour shades. It seems the boys will be presenting a serious concept this time around!

SF9 has also released their music video teaser ‘Easy Love’ which can be watched below!

This teaser also continues on with their computer coding concept where the boys are trapped in what seems to be a metal maze. They are also surrounded with old hacker computers and as the boys disappear from that area it seems they were pulled into the coding world! The teaser story line is still a mystery but the nice electronic sounds definitely brings hype to the track!

Their second album and music video are due out on April 18! Are you excited for SF9’s comeback? Let us know in the comments below!