Former U-KISS member, Shin Dongho, gave fans a glimpse into his life as a dad.

On August 19th, Dongho shared a photo of himself and his infant son. In the photo, Dongho is seen sitting with his son, who is in his baby carrier, that is resting on his lap.

The picture was followed with a caption saying, “I got out of the house with A Sel and he seems to be fascinated at the world. Does he look like me?” 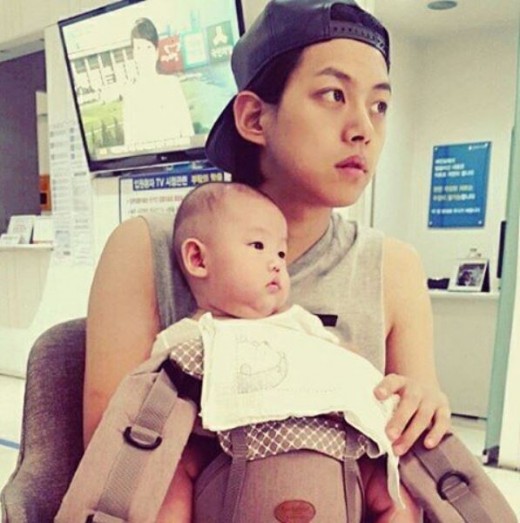 Meanwhile, Dongho married his non-celebrity wife, who is one year his senior, in November of 2015. They welcomed their first child, A Sel, into the world in May of this year; which earned Dongho the title of the youngest former K-pop idol to become a father.

Scroll for more
Tap
YG Entertainment To Collaborate With SBS For A New Variety Show
Lee Jong Suk Confirmed To Star As A Villain In Upcoming Film: “VIP”
Scroll