SHINee takes Viewers on Their Own Travel Note

SHINee takes Viewers on Their Own Travel Note

Does everyone remember when SHINee took viewers along on their vacation through the camera lens, ‘SHINee’s Wonderful Day?’ 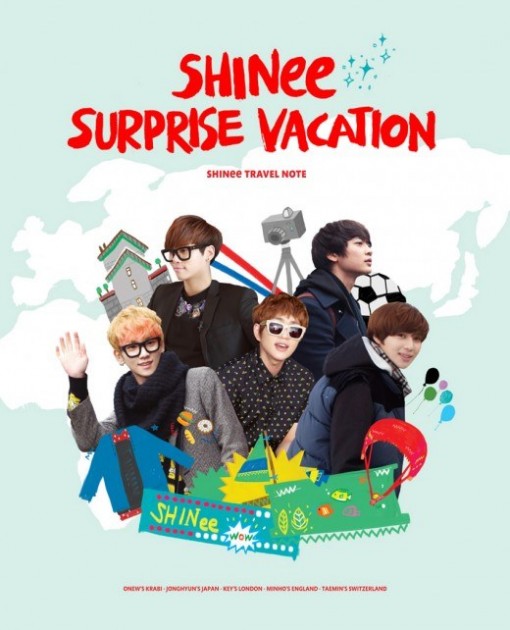 SHINee members are going to be taking viewers on the same trip once again, only this time through their own travel note called, ‘SHINee SURPRISE VACTION.’ “The travel note has the many stories of the SHINee members as they traveled through Switzerland, Thailand, England, and Japan. The book contains beautiful scenery and the member’s daily activities, so it’ll interest not only the fans but also travel maniacs,” SM Entertainment said.

However, this is not the first travel-related book from the group as Taemin, Onew, and Key have already published ‘The Sun’s Children‘ on their trip to Barcelona. This second travel-related book will hit the stores on the 25th and is something to look forward to fans!

Scroll for more
Tap
PSY to Perform on “Dancing With the Stars”
IU Celebrates Her 21st Birthday!
Scroll
Loading Comments...