On March 13th, SHINee made their 3rd comeback stage on MBC Show Champion with “Dream Girl”. The boys performed a perfect and flawless performance. They won 1st place again this week and it’s their third time consecutively. Right after the show, SHINee’s Key shared with their fans a photo of them posing along with the trophy.

Fans commented on the photo,“Congratulation SHINee!!”,”They’re so funny”,”They all look good in red outfits”, and etc.

Check out their other winning photos below. 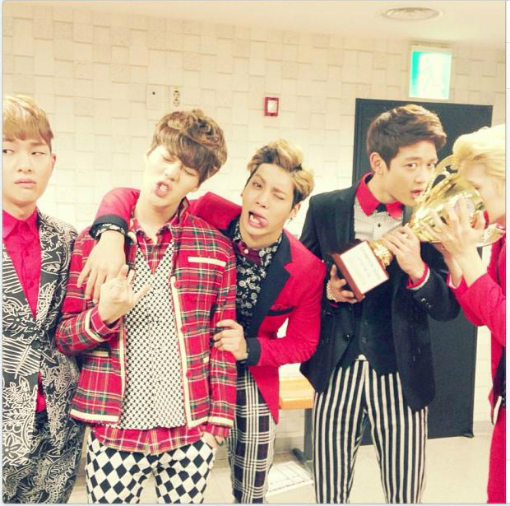 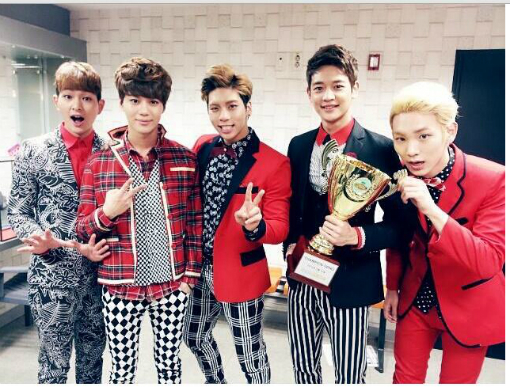 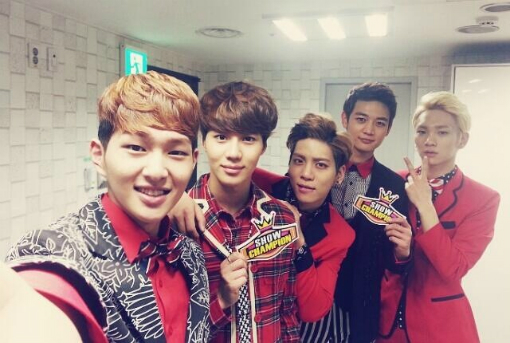