Time really flies!! A month ago, it was announced that SHINee will visit Chicago for the first time and hold their first solo event in the U.S. on Sunday, May 8th at the Rosemont Theatre at 7PM. Now it’s almost time for tickets to go on sale!

According to SubKulture Entertainment, the tickets will be going on sale on Saturday, April 23 at 10AM CENTRAL TIME via ticketmaster.com!
Ticket Pricing:

If you plan to go to the fanmeet, you of course have to bring along your light sticks! Official  light sticks are available for pre-order at the price of $15 USD.
For more information visit www.subkultureent.com/merch. 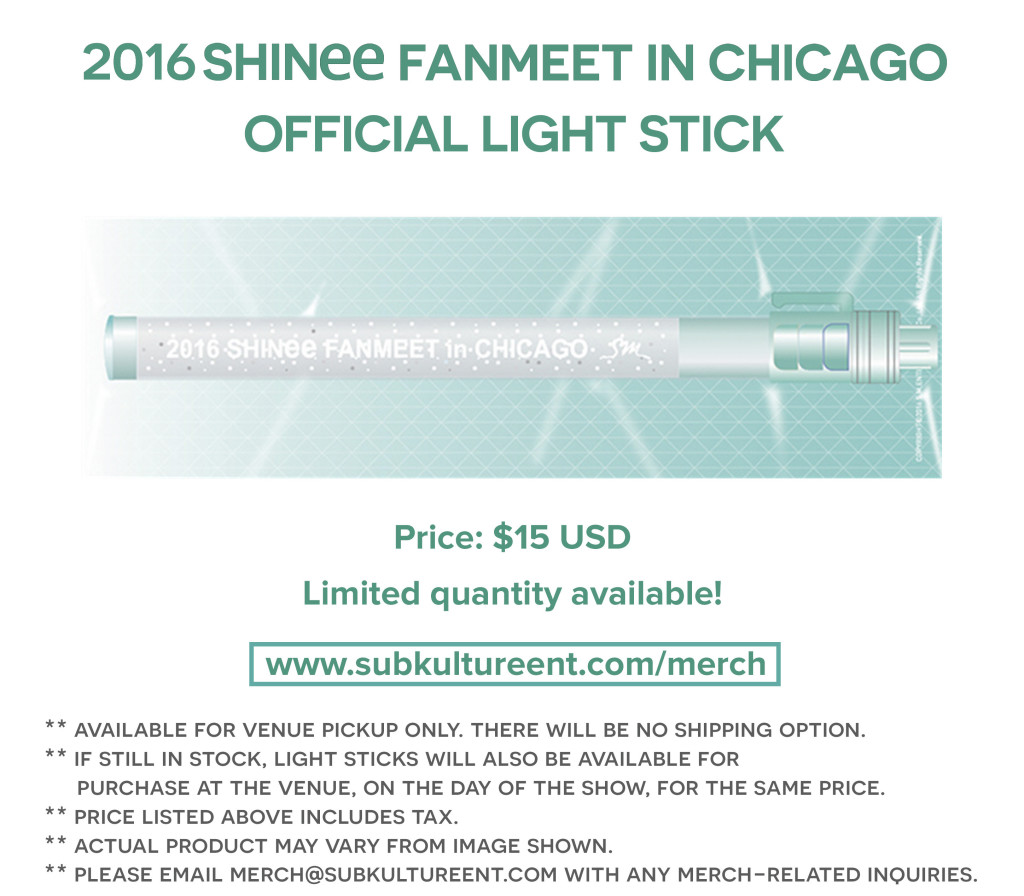 Make sure to buy your tickets on time, so that you can meet the handsome and talented boys of SHINee!!

Stay tuned to Officially KMusic for all your latest KPOP concert updates!