Kim Jonghyun of SHINee fell ill with Gastrointestronitous a couple days ago. SHINee was scheduled to perform a couple of shows in Kobe, Japan but the singer/songwriter was suddenly having sharp stomach pains and was sent to the hospital.

During the second show in Kobe, Onew wore Jonghyun’s red pants trying to get people to notice that they hadn’t forgotten about him and even though he wasn’t there on stage, Onew had also done the choreography as if Jonghyun was there as well. He missed two shows because of the illness and is resting well. Below is a translation about his illness: 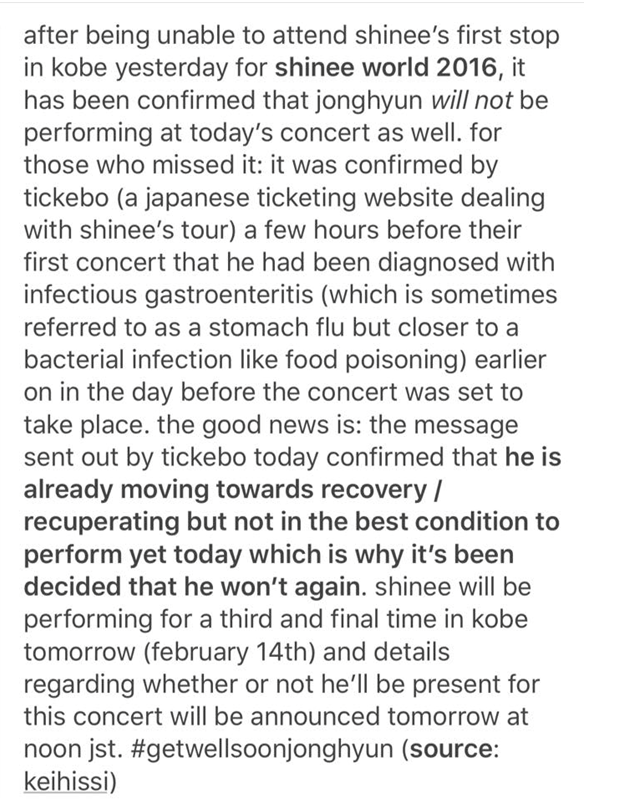 I hope he feels better soon. It’s no joke, I fell ill with it when I was very young and was hospitalized for three days because of it. Stay strong Shawols! He will be better soon, all he needs is a good rest.