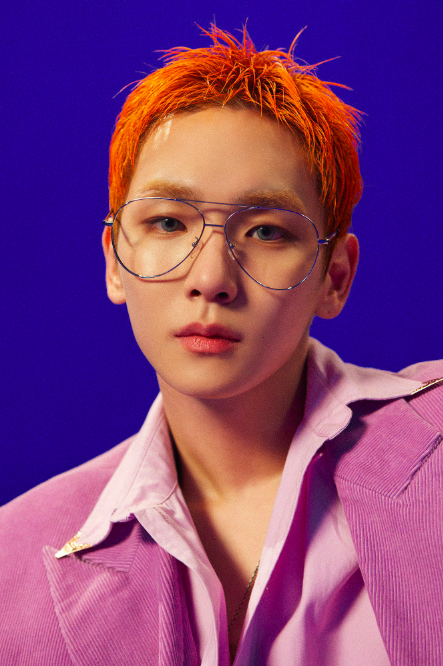 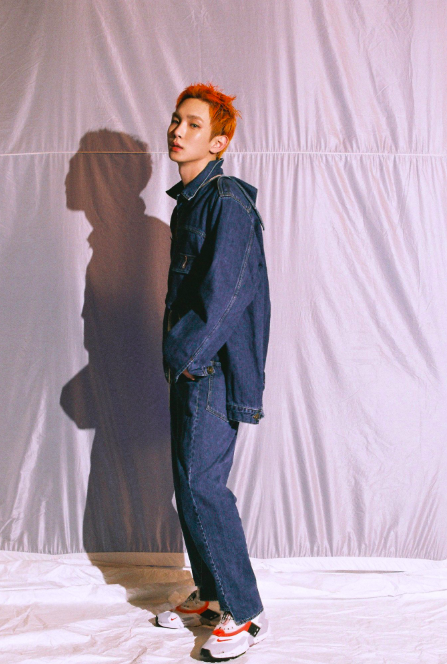 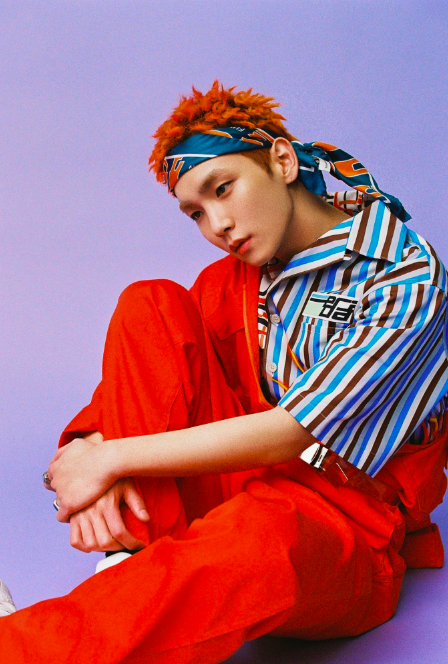 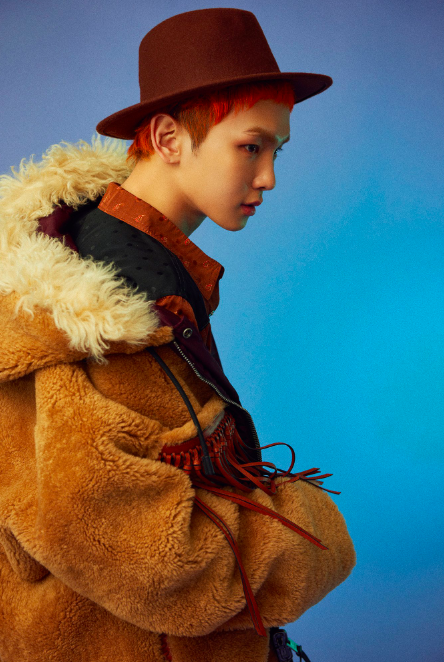 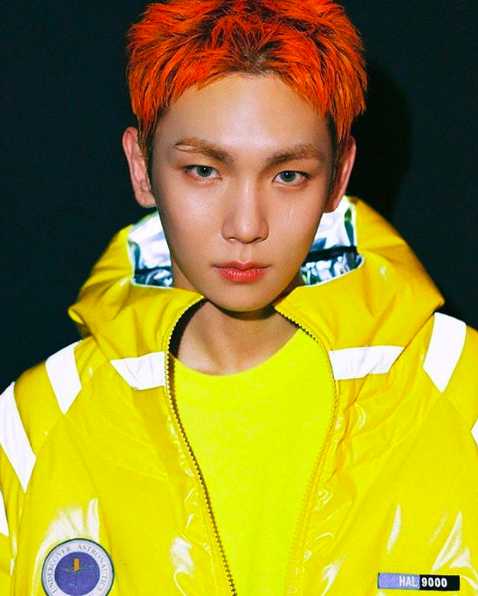 The concept photos feature a lot of colour, which suggest that his debut single will be an upbeat and happy song. In the first teaser, Key poses against a solid dark blue background wearing a purple jacket. The second teaser depicts him in a denim outfit against a cloth background and we can see his shadow. In the third teaser, he is sitting down while wearing a bandana in his hair, a striped blouse and a red pantsuit over it. The next teaser shows him wearing a brown fur coat with a fedora while he looks sideways. Lastly, he wears a yellow jacket and shirt while smouldering at the camera.

What do you think of these new concept photos? Let us know in the comments below.