SHINEE’s Minho Dripping In Gucci For Fashion Show In Milan

SHINEE’s Minho Dripping In Gucci For Fashion Show In Milan

Added to the Cosmopolitan Korea Facebook page on February 22nd, the popular fashion magazine gave fans a glimpse into the Gucci fashion show. SHINee’s Minho is sporting a long embroidered velvet coat, with a shirt that shows the Gucci logo. He was also photographed and shown on the Gucci Facebook page as well, on a long list of mega Hollywood stars. He was featured with Tom Hiddleston, Jared Leto, and Florence Welch. He looks handsome, with his slicked back hair, showing off his chiseled features.

The stars all gathered at the Gucci Hub in Milan for the show that debut the Fall Winter 2017 collection by Alessandro Michele. It is clearly a major accomplishment for Minho to attend such a lavish event. Check out the footage below! 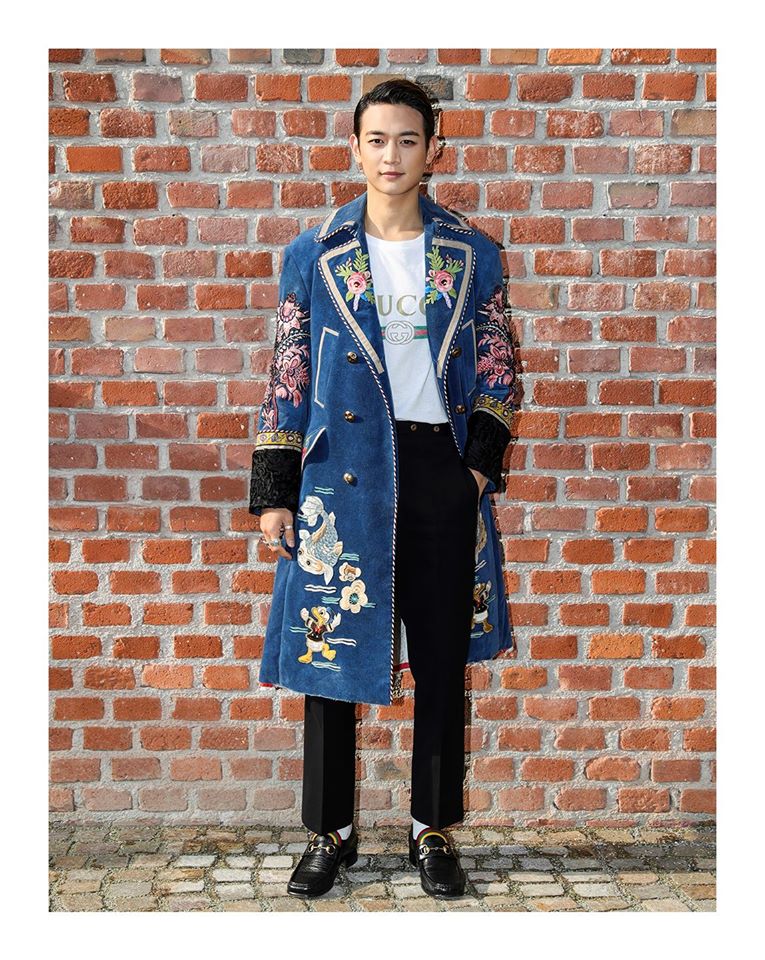 Are you excited to see Minho rubbing elbows with Hollywood’s finest? Let us know in the comments below!