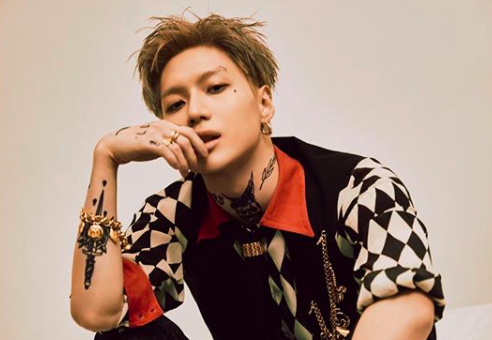 On July 27th, TAEMIN announced his upcoming 3rd full album, ‘Never Goona Dance Again’. This will be preceded by a prologue single, ‘2 Kids’. Check out the teaser down below!

In the teaser, we see the soloist standing in the middle of an alleyway. Dark at night, he looks back at his long shadow behind him. It overall creates a somewhat eerie atmosphere. The teaser shows that the SHINEE member’s 3rd full album will be released in three parts. First, there will be the prologue single, ‘2 Kids’. Following that single, there are unknown dates for ‘Act 1’ and ‘Act 2’ for the album. Supposedly, all these parts would combine to form the full album.

His last Korean comeback was back in in February 2019, with his 2nd mini album, ‘Want’, featuring the same named title track. Beyond that, he released another Japanese mini album, ‘Famous’ in August 2019. Fans are very excited about his comeback as this marks his return in well over a year. Furthermore, his last full album was back in October 2017, with ‘Move’. This combined with the staggered release of this upcoming album, creates more anticipation with what music will be coming our way.

How do you feel about his upcoming single and album? Let us know in the comments below!