SHINHWA are all about the ‘Heart’ in new comeback teasers

SHINHWA are all about the ‘Heart’ in new comeback teasers

SHINHWA has revealed a new concept image for their upcoming special album release ‘Heart’ and a MV teaser for the title track ‘Kiss Me Like That’.

The special album ‘Heart‘ is part of their ‘All Your 2018‘ 20th anniversary project which will continue through the remainder of 2018.  The album ‘Heart‘ is scheduled for release on August 28 and will be followed by a concert (also called ‘Heart‘) in Seoul on October 6 and 7.

The concept image shows the members in relaxed and chill mode, looking like they’re just hanging out! 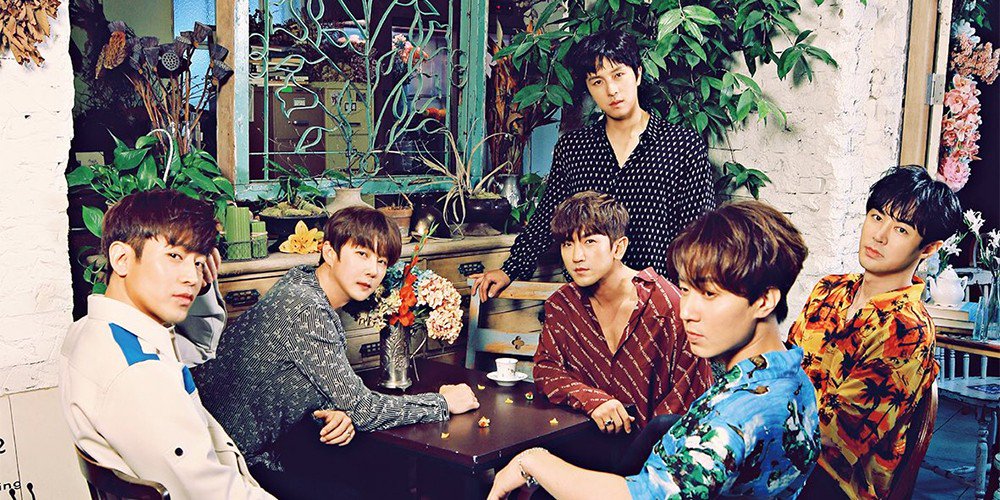 The MV teaser that has been released shows the members relaxing together on a cruise ship with a background of a beautiful sunset.

The short snippet of the track that we do get to hear seems to keep with the relaxed vibe of the teasers.

Check out SHINHWA’s ‘Kiss Me Like That’ MV teaser

SHINHWA‘s special album ‘HEART‘, and the title track ‘Kiss Me Like That‘ are  scheduled for release on August 28.

Are you excited for SHINHWA‘s comeback?  What do you think of the concept image and MV teaser?  Let us know your thoughts in the comments below.

Scroll for more
Tap
Are you ready for a GOT7 comeback?
100% is bringing ‘Sunshine’ to you this September!
Scroll
Loading Comments...