Day6 have confirmed the dates and ticket details of the European leg of their World Tour ‘Youth’ with pre-sale starting on 26th November and general sale starting on 28th November.  The 5 piece band, formed by JYP Entertainment in 2015, will perform in six cities across Europe in January 2019, including, Moscow, Madrid, Berlin, London, Paris and Amsterdam.

For those unfamiliar with Day6 you are in for an excellent show.  Unlike many K-pop boy bands, Day6 have switched out the complicated dance routines for complicated guitar riffs.  The band is comprised of Jae, Lead guitarist and rapper, Sungjin, leader, singer and rhythm guitarist, Young K, rapper and bassist, Wonpil, keyboardist and singer and Dowoon, drummer.

After the success of their debut single ‘Congratulations’ which showcased the band’s amazing range of vocals as well as their excellent musicality the band continued to do well releasing several albums as well as being nominated for many awards.  One of their best-known songs, ‘Shoot Me’ took home the best ‘Band Music Award’ in 2018 from the MBC Plus X Genie Music Awards. 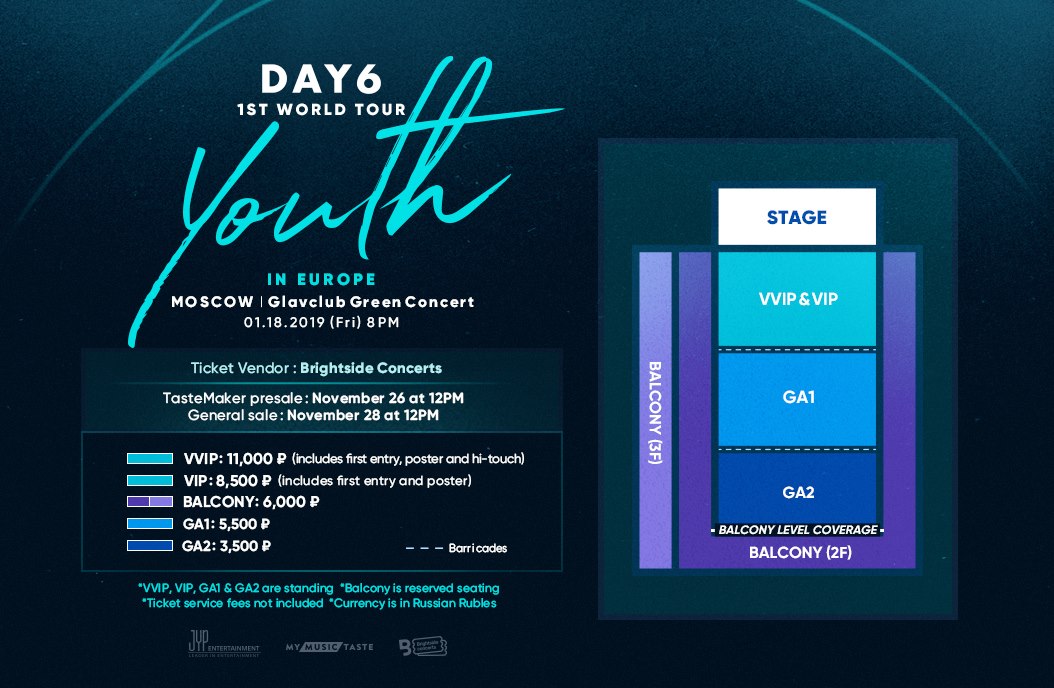 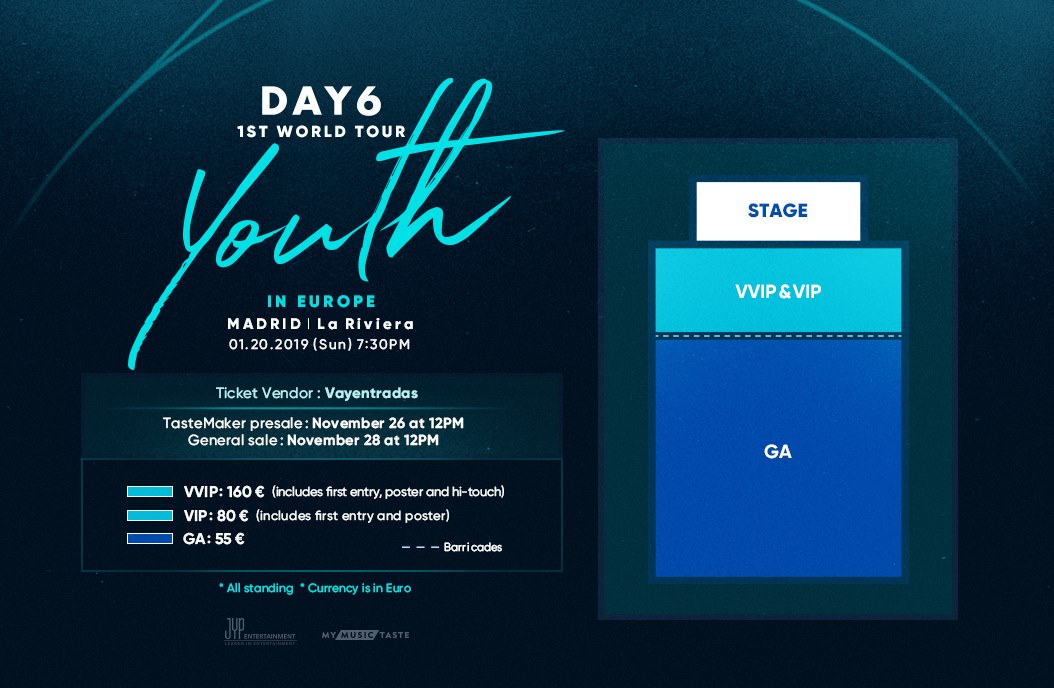 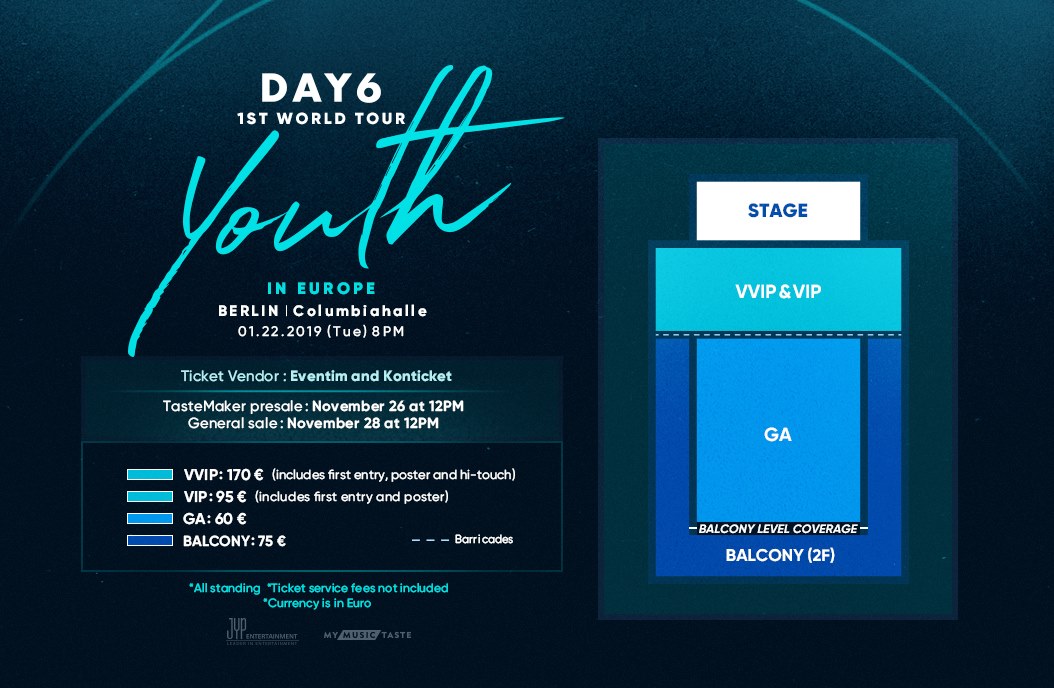 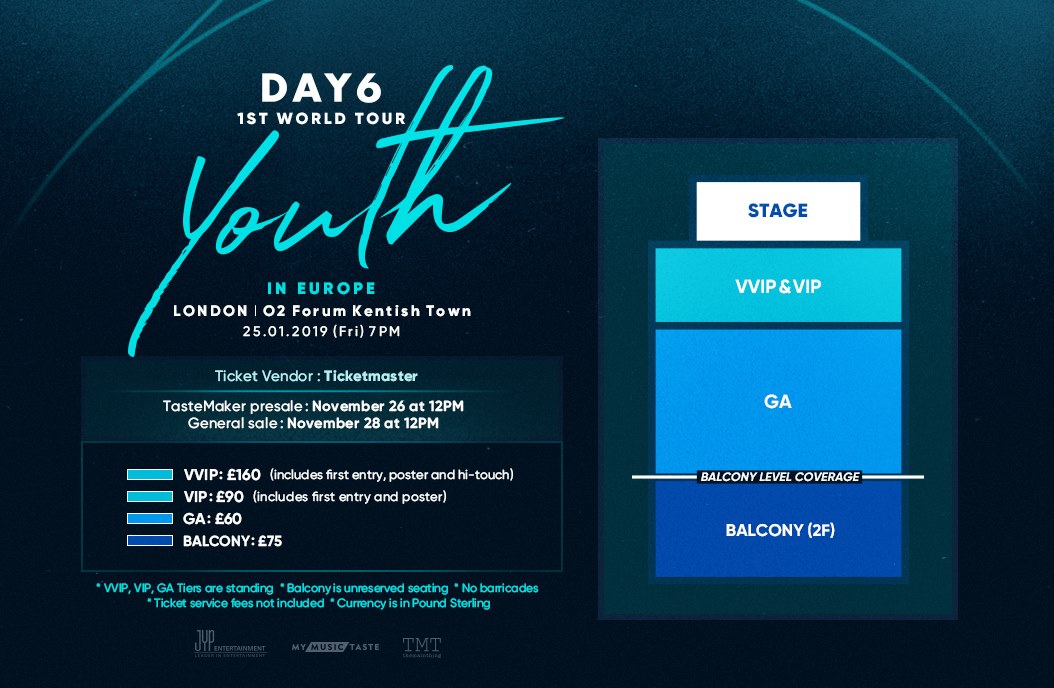 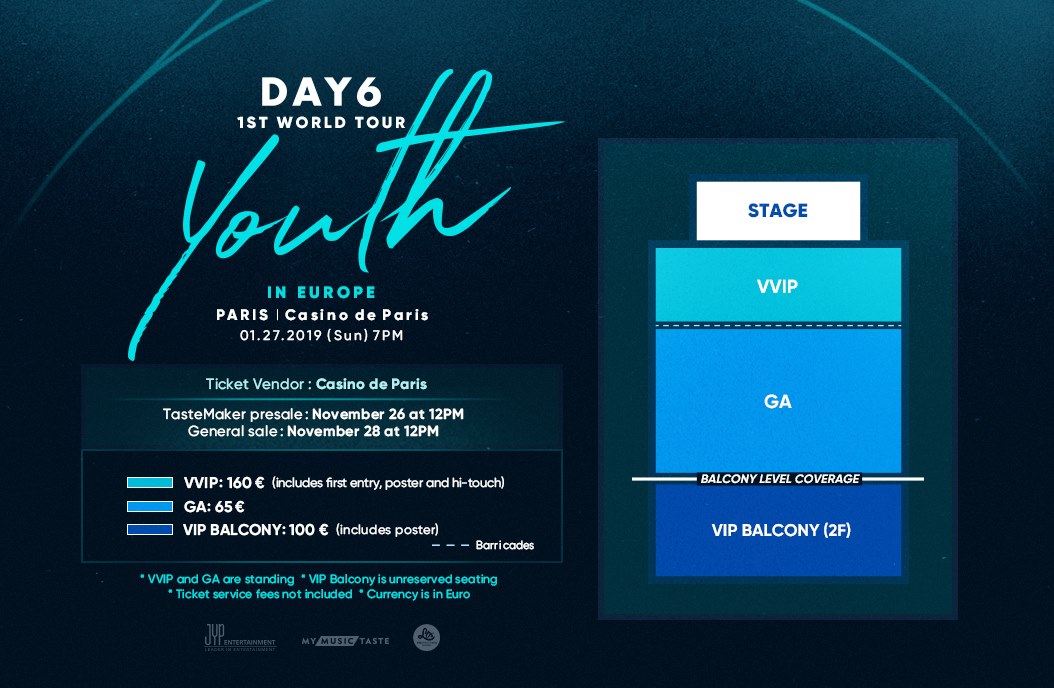 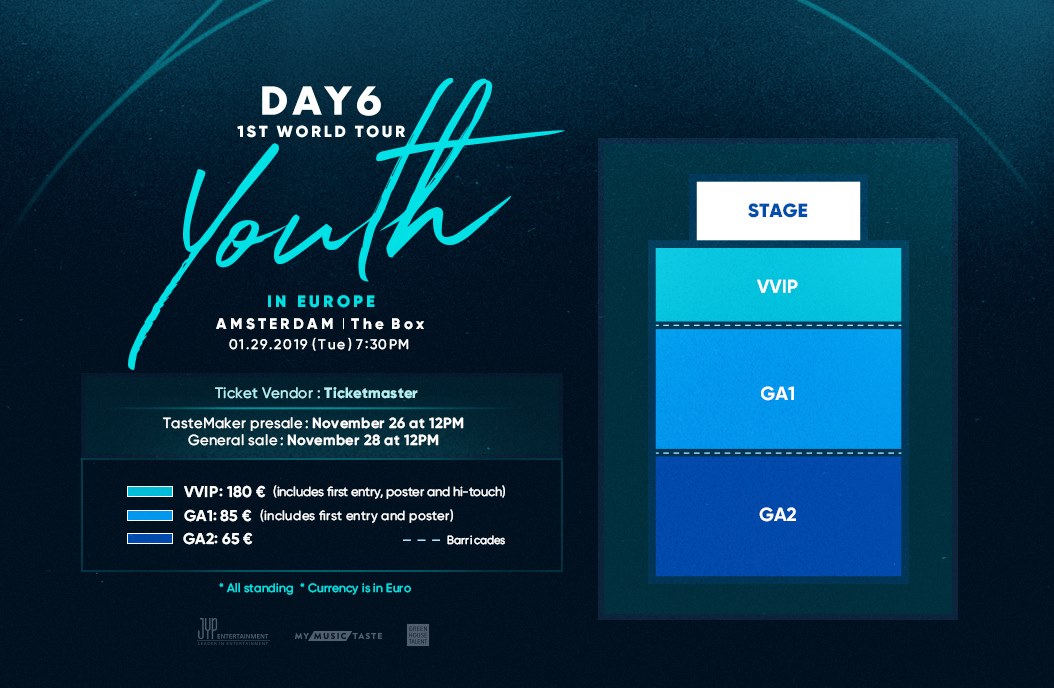 Good luck getting your ticket My Days and enjoy the concerts!

Scroll for more
Tap
K-Exclusive: B.A.P Bring their “Forever” Tour to Philly
K-Exclusive: ACE Shows us how “To Be An ACE” in Los Angeles
Scroll
Loading Comments...