All SM comebacks announcement that you can look forward to this year!

All SM comebacks announcement that you can look forward to this year!

SM surely knows how to get people excited for their respective groups. They have dropped a comeback timeline that will get you excited for more comebacks in the second half of the year. So, who do you think will make their return? Well, check out the image below to find out! 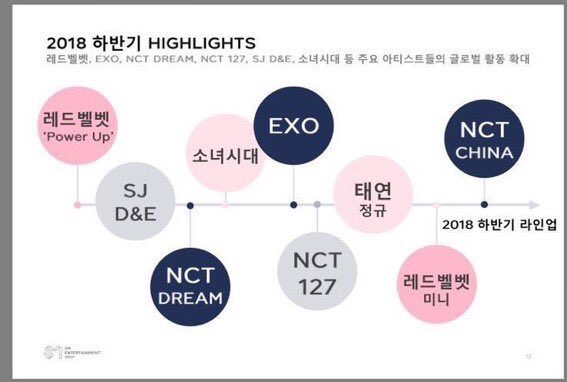 So, as many knows, Red Velvet had made their comeback with ‘Power Up‘ and Super Junior D&E will make their return with ‘Bout You‘. After these two comebacks, the lineup includes NCT Dream, Girls’ Generation, EXO and NCT 127. After them, we will see a full album from Taeyeon, a mini album from Red Velvet, as well as the debut of NCT China. There is a whole lineup for the second half of the year that fans can get excited about!

Which comeback are you looking forward to? Let us know in the comments below!

Written and edited by tracey