SM Entertainment has a lot to handle now as the agency is about to take an action against the perpetrators who have been spreading false information across the web about EXO-M Kris‘ lawsuit.

Out of all this it was unlikely their stocks would be affected by it. However, just moments after the law suit was brought to light, negative reproductions were taken as their numbers dropped. This is normal on the market but the significance of it is the time frame in which it took place. Their stocks now are back up so have no fear in the plunge. 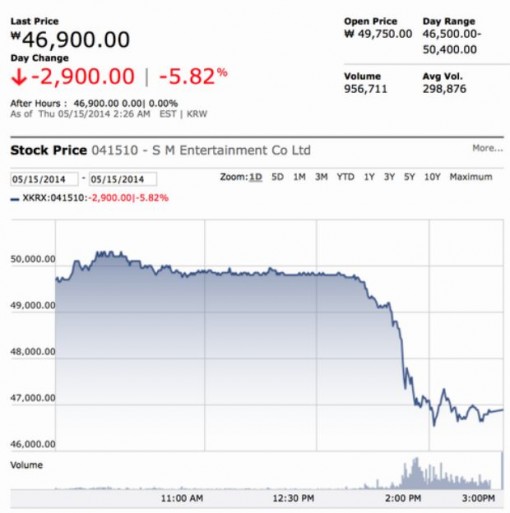 The law suit rocked the K-Pop industry in the midst of EXO’s promotions for their latest comeback and release of their mini album “Overdose.”  The group’s latest album is an instant hit as it stood at number one on numerous charts in China  and winning the #1 spot  on “Global Chinese Music.”