SM Entertainment Under Fire for Sunny’s Hat in ‘Dancing Queen’; Will Re-release MV

SM Entertainment Under Fire for Sunny’s Hat in ‘Dancing Queen’; Will Re-release MV

SM Entertainment has been under fire for Sunny‘s hat from Girls’ Generation‘s music video for ‘Dancing Queen’.

In the recent video, member Seohyun is wearing similar hat, but stylists cover up the offensive word. Additionally, Sooyoung and Yoona are wearing hats that read ‘F*CK THE SYSTEM’ but they were covered up as well.

Fans commented: ‘This is just noise marketing, isn’t it?’, ‘Since Girls’ Generation is such a big name, I feel like they should consider things like this more carefully’ and ‘I wonder what they were thinking when they gave her that hat.’

SM Entertainment announced that they will be re- releasing new version of ‘Dancing Queen’ music video.

What do you think about it? 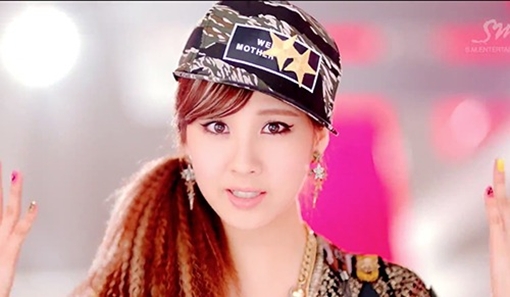 Scroll for more
Tap
Girls’ Generation’s “I Got A Boy” MV Rakes in 3.5 million views on First Day
Infinite H’s “Fly High” will be revealed Ahead of its Release through a Showcase
Scroll
Loading Comments...