If you were sad about Suho closing down the curtain of SM STATION last week, this news is for you. SM STATION is going to be back with its’ second season! 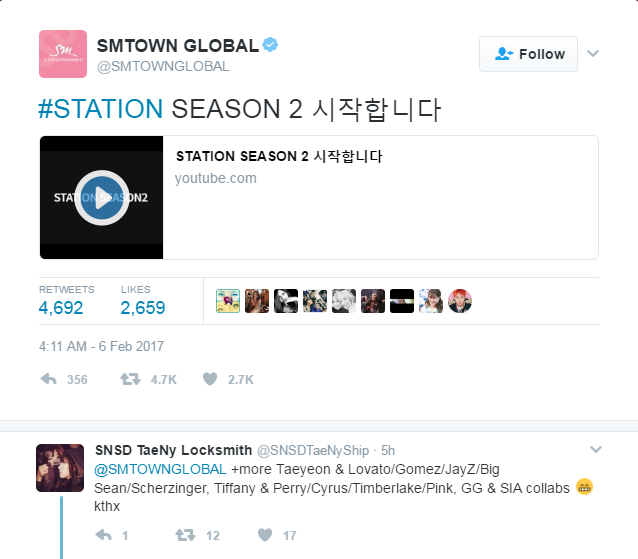 SM is planning to make collaborations with artists from all around the world China, Japan, the US, the UK, France, India, Thailand, and Germany. What is more exciting is, SM The Ballad and SM The Performance will be also back again with the season two. Like as previously, upcoming season will include season-based projects such as SM Summer Vacation and SM Winter Garden.

In addition, new season will allow SM artists to produce new music along with famous foreign composers. Moreover, via this season artists will able to communicate with fans through music dramas and live shows.

First song of the project is set be released in coming March. Check out the teaser below:

Are you ready for SM STATION-season 2? Let us know in the comments section below.