SNSD’s Seohyun’s special talent is revealed for an upcoming K-drama!

SNSD’s Seohyun’s special talent is revealed for an upcoming K-drama!

One of Korea’s veteran and popular girl group, Girls’ Generation, is back at it again with the K-dramas! While members Yoona and Sooyoung have established a strong acting career alongside their music activities since 2007, it looks like member Seohyun have also stepped up in the acting industry.

The upcoming historical K-drama Moon Lovers will feature the role of the last princess of the Hoobaekjae dynasty named Woo Hee played by yours truly, Seo Ju-hyun. Because of the timeline context, Seohyun is currently reported to be learning horseback riding with her new partner in crime, Beethoven. The thrilling activity is proving the drama’s demanding role play and Seohyun‘s dedication in her partaking. 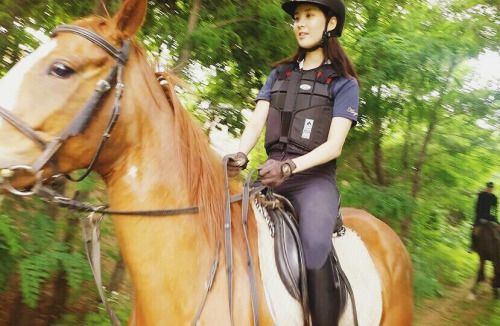 It is estimated to be a twenty-episode completion story based off the Chinese novel ‘Bu Bu Jin Xin‘ by author Tong Hua. Please look forward to watching the adventurous Moon Lovers!